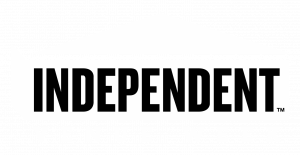 “This past week, hundreds of venues and promoters all over the country have gone out of their way to open their doors. What was once business as usual isn’t quite that straightforward at the moment, and we hope that fans savored the moment as much as we have,” says Cecilie Nielsen, director of special projects at Marauder, the firm that runs the American iteration of Independent Venue Week. “We’re excited to have had so many venues and promoters able to participate in this year’s event, and we cannot wait to return for our 5th US anniversary in 2022.”

Independent Venue Week sends its utmost thanks to its 2021 Artist Ambassador, Bartees Strange. In an op-ed published on Consequence of Sound at the onset of the event, Strange shared his thoughts on how formative independent venues have been to his career.

“I began to realize that these venues were my new church, they became a pseudo-sanctuary. I could be myself. I could choose who I wanted to be around. And I could begin to see a new world of possibilities upheld by venues, staff, and locals who just wanted to be part of something real.” says Strange on the impact of independent venues. “As we come out of the last year of being shuttered away, I want to remind everyone of how important these places are. Not just as places to see a show. Independent venues are where people realize that they can be more than themselves. They can be part of something larger.”

To further highlight the importance of independent venues, Strange sat down with Audrey Fix Schaefer, Head of Communication at I.M.P. and Head of Communications and Board Member of the National Independent Venue Association (NIVA), for a chat about the iconic 9:30 Club in a special livestreamed episode of Independent Venue Speak, the second episode of the podcast series produced by Marauder in partnership with See Tickets.

Independent Venue Week brought back #IVWTalks, a panel series with professionals from all aspects of the live industry.This year’s topics included building your venue’s brand, creating strong relationships with artists, the important role that technology plays within the industry, and much more. A day’s worth of panels were dedicated to Get Schooled; programming aimed towards students getting their start in the live music and events industry. All #IVWTalks sessions will be made available for replay on YouTube. 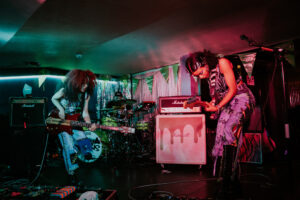 WEDNESDAY 2 FEBRUARY Day 3 of #IVW22 was another crazy one all around the UK and as expected, we loved