BBC Music comes on board for Independent Venue Week 2018

Independent Venue Week is proud to celebrate a media partnership with BBC Music.

BBC Music is the broadcaster’s strongest commitment to music in 30 years and will see the organisation producing content around the festival in January.

This year, broadcast support for the project is coming from BBC Music who is on board as an official media partner across radio and online.

BBC Music is the corporation’s strongest commitment to music in 30 years – comprising of new partnerships and ground-breaking music initiatives, which include Ten Pieces, the classical music initiative for schools, and BBC Music Day. Programmes last autumn included Sounds Like Friday Night, a brand new six-part music show for BBC One, produced by the award-winning independent production company Fulwell 73.  Radio 2 In Concert presented Tears for Fears, CHIC feat. Nile Rodgers, Liam Gallagher and Paloma Faith and Deep Purple, with all performances on Radio 2 and in vision on BBC Red Button, produced by BBC Studios.

The BBC’s coverage of IVW will be hosted by a number of their key radio hosts. This includes BBC Radio 6 Music’s Steve Lamacq and Shaun Keaveny, as well as coverage across many of the other stations, across Radio 1, Radio 2, and Radio 3.

The partnership will also involve online content available on the BBC website, as well as a tour with Steve Lamacq visiting a number of independent venues across the country.

Rachel Davies, Commissioning Executive for BBC Music, said: “Independent Venue Week shines a light on the UK’s grassroots venues and the work they do to unite artists and music fans across the country. We are proud to be an official IVW partner this year.” 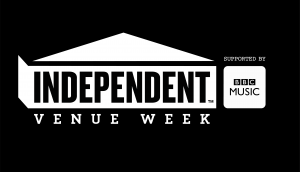