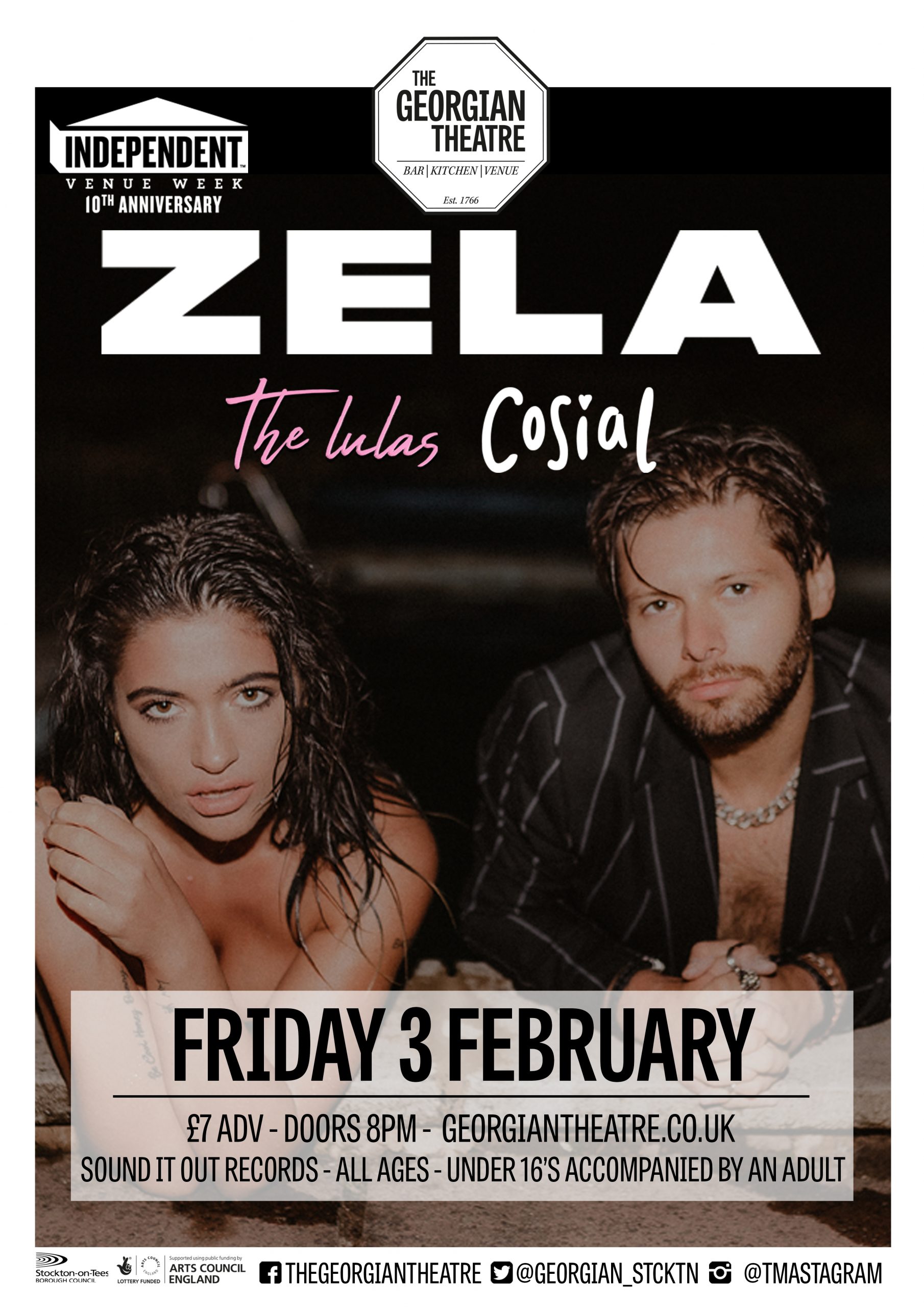 A special Independent Venue Week show with three of the North East’s Hottest bands. Brat-Pop duo ZELA, siblings from the North-East of England, have created a dark and imaginative brand of attitude-laced alt-electronic pop. Think Charli XCX meets Wolf Alice, with a hint of Doja Cat and Yungblud. Dirty, pulsing basslines meet distortion-soaked synths and driving, electronic drum beats, and the pair have become known for their signature use of sampling front-woman Liv Griff’s vocal and using it as an instrument in itself. The Lulas’ unique sound has been compared to the likes of Red Hot Chili Peppers with a mix of Amy Winehouse. After performing festivals in and around their hometown as well as working alongside some great , they have secured a gig supporting the reggae pop band, Kioko. Cosial is an upcoming 18-year-old artist in the bedroom-pop genre. Cosial has been described as a breath of fresh air, as she delicately touches on topics relating to her background as a young mixed-race woman in music. Cosial is heavily influenced by women in music such as Mitski, Clairo and Phoebe Bridgers.