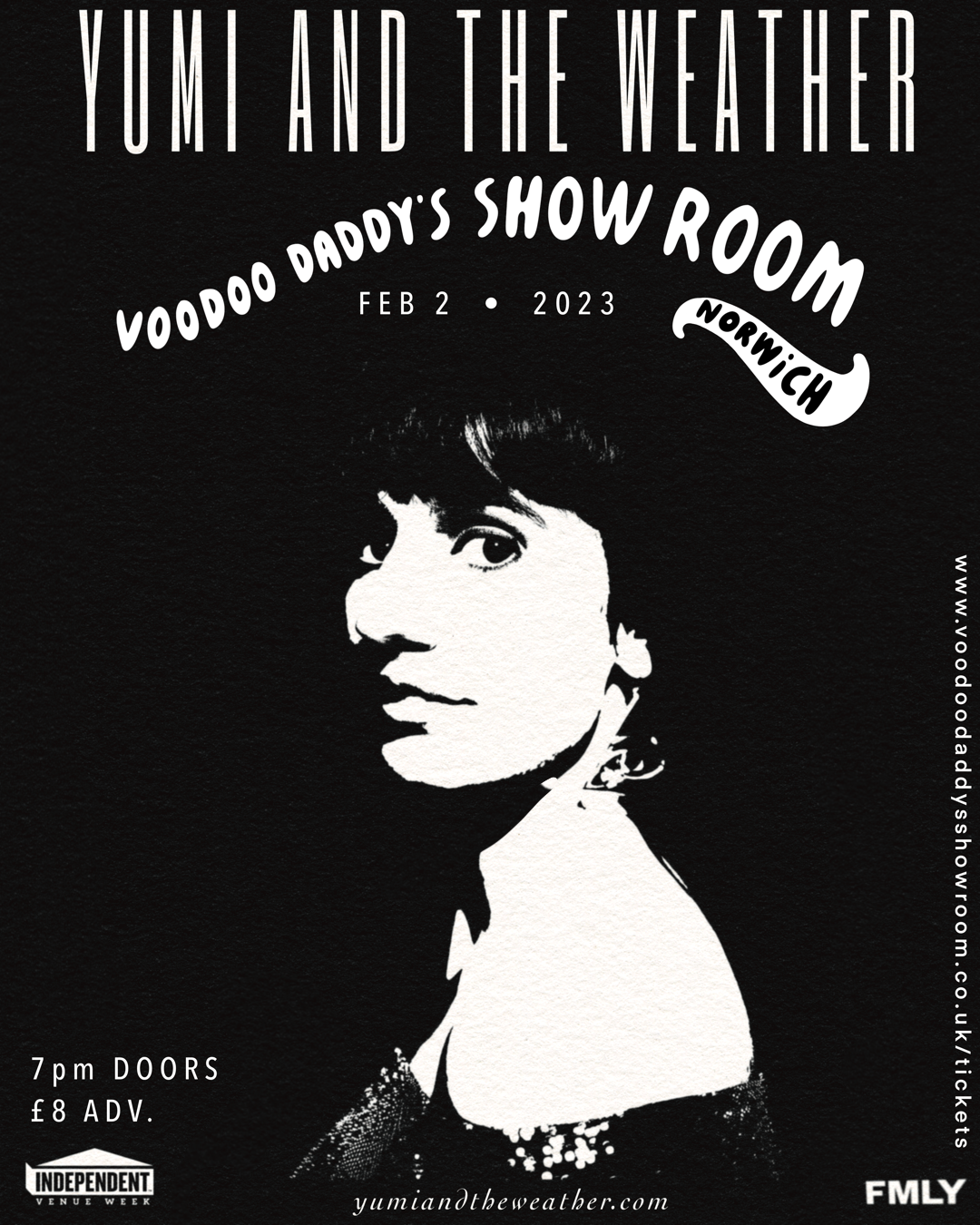 Yumi And The Weather

Since first emerging in 2013 with her critically acclaimed ‘All We Can’ EP, Yumi And The Weather has spent the past few years perfecting her unique blend of electrifying technicolour psych-pop combining it with garage rock, shoegaze & indie elements, and electronic undercurrents. Her past releases have received heavy radio support from BBC 6 Music’s Shaun Keaveny, Don Letts, Lauren Laverne, Nemone, and Radio X’s John Kennedy (including live sessions for BBC Introducing and Radio X). Press publications include Electronic Sounds Magazine feature as one of top 20 albums in 2018, and online features such as CLASH, Noisey, The Line of Best Fit, Hunger, and many others. The second Album ‘It’s All In My Head’, is a full length self-produced album offering, where we see Ruby stepping away from sequencing drums and feature Yumi And a the Weather live drummer William Woodfine, Leon Holder (of Dirty White Fever), and session drummer and engineer Daniel Brooks. Released via Ruby’s own MIOHMI RECORDS imprint on 23rd September 2022, the record is a collection of songs inspired by her personal experiences in mental health, relationships & loneliness, and demonstrates the turning of negative situations in to positive art. Support from local favourites Mama Oh No and Janani.fx