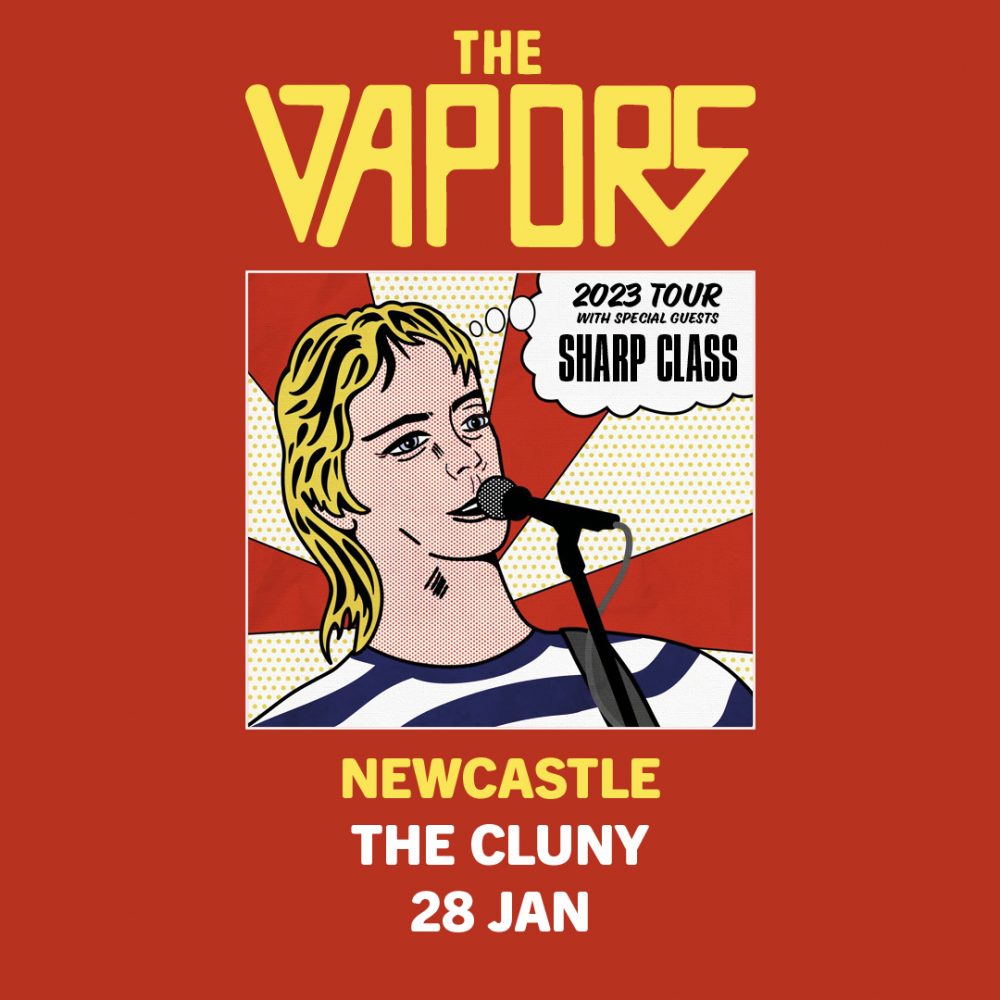 The Vapors are a new wave band that formed in 1978. Discovered by Bruce Foxton of The Jam (who went on to be their co-manager with John Weller), The Vapors released the classic singles Turning Japanese, News at Ten, Jimmie Jones, Prisoners, Waiting for the Weekend, Spiders and two LPs Magnets and New Clear Days before splitting in 1982. Since re-forming the band in 2016, The Vapors have toured to enthusiastic crowds and have supported The Skids, Stiff Little Fingers and From The Jam amongst others. 39 years after their last LP, The Vapors released a new LP Together in 2020 and have an incredible new single Novocaine out now. Support is from Sharp Class.