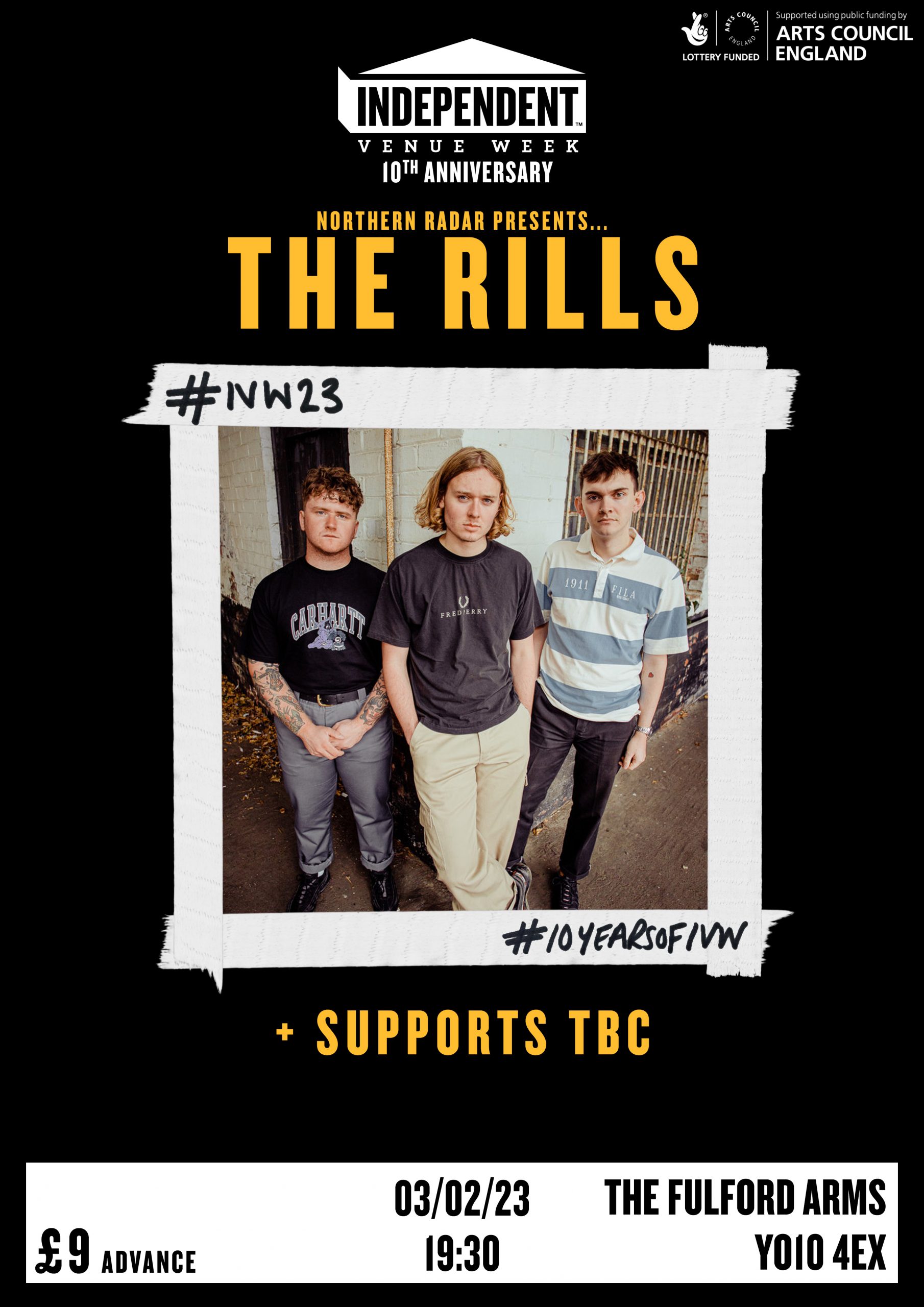 Lincoln’s The Rills are announcing their new EP ‘Aftertaste’ which will land on February 24th 2023 via Nice Swan Records. The trio are also sharing their new indie-rock thriller ‘Landslide’ today, the latest instalment from the incoming EP. ‘Landslide’ is The Rills distilled; a hard-hitting tune with pulsing bass and scratchy guitars. “The song feels like it’s on the edge of a cliff all the way through & that’s exactly what we wanted to highlight in the lyrics” explain the band. “I hope people can hear the optimism in it though – the lyrics are about the idea of love as something unbreakable, with the power to heal, and the music’s got this relentless, heart-pumping drive to match it” ‘Landslide’ follows on from last month’s release of ‘Spit Me Out’, doubling down on the band’s biting, streamlined indie. Having spent the summer road testing new material, The Rills then went straight into the studio with Dave McCracken (Sports Team, Pip Blom, The Snuts) and Caesar Edmund (St Vincent, Queens Of The Stone Age, Interpol) to lay down a fresh batch of their finest tracks to date. It has been a bumper 12 months for the young band after they signed to Nice Swan. May’s ‘Do It Differently’ EP built them a fervent following, both online and at their raucous live shows. Their joke-filled TikTok continues to snowball too, currently standing at 4.6 million likes and counting, as the band gather more pace on the platform. Meanwhile, they’ve earned top support from the likes of NME, Dork, The Line of Best Fit, 6 Music’s Steve Lamacq and Radio 1’s Jack Saunders. Bio: The first seeds of The Rills began more than a decade ago in a nondescript East Midlands skatepark where Mitch and Callum first became tentative friends. It would take another few years until they’d broach the subject of starting a band, and a move first to Sheffield and then to the big smoke until they’d finally meet Mason and hone themselves into the trio they are today. But, bonded by a clutch of mutual early musical loves – Arctic Monkeys and The Libertines chief among them – the pair’s ambition was strong from the off. “Trying to do music or anything out of the ordinary is extremely difficult in a place like Lincoln because there’s no infrastructure or industry there,” Mitch explains. “There were never any gigs, and the ones that were there were massive, so you go from pub gigs with cover bands to seeing the Kaiser Chiefs. There were no young bands, so we knew if we were gonna build anything, we had to leave.” A couple of early singles – 2017’s ‘Pyro’ and the following year’s ‘Us & Them’ – stand as testament to those first days of the band (then operating with an additional second guitarist), but it was when they streamlined down to a trio at the start of 2020 that The Rills really began to click into gear. Acting as a total sonic reset, they describe the difference as “suddenly going from this blasting wall of sound to there being three instruments, with clear dynamics, where it felt concise”. “The whole ethos of the band had changed,” Mitch explains. “The mission statement was ’less is more’, in absolutely every aspect.” Influenced by the broad-ranging but energy-packed punk and alternative bands of the South London scene they’d been submerging themselves in, The Rills 2.0 set to rid their music of any excess fat, channeling the visceral quiet-loud dynamics of long term loves Pixies, and incorporating muscular drums and pointed rhythms into a palette that leaves nowhere to hide. Lyrically, meanwhile, Mitch’s knack for narrating the rogue chancers that populated his youth would come even further to the fore, with recent singles ‘Skint Eastwood’ & ‘World Leader’ portraying their titular characters with a razor-sharp pen. The band’s EP ‘Do It Differently’ was released in May 2022 via Nice Swan Records. ‘Aftertaste EP’ will be released February 24th 2023.