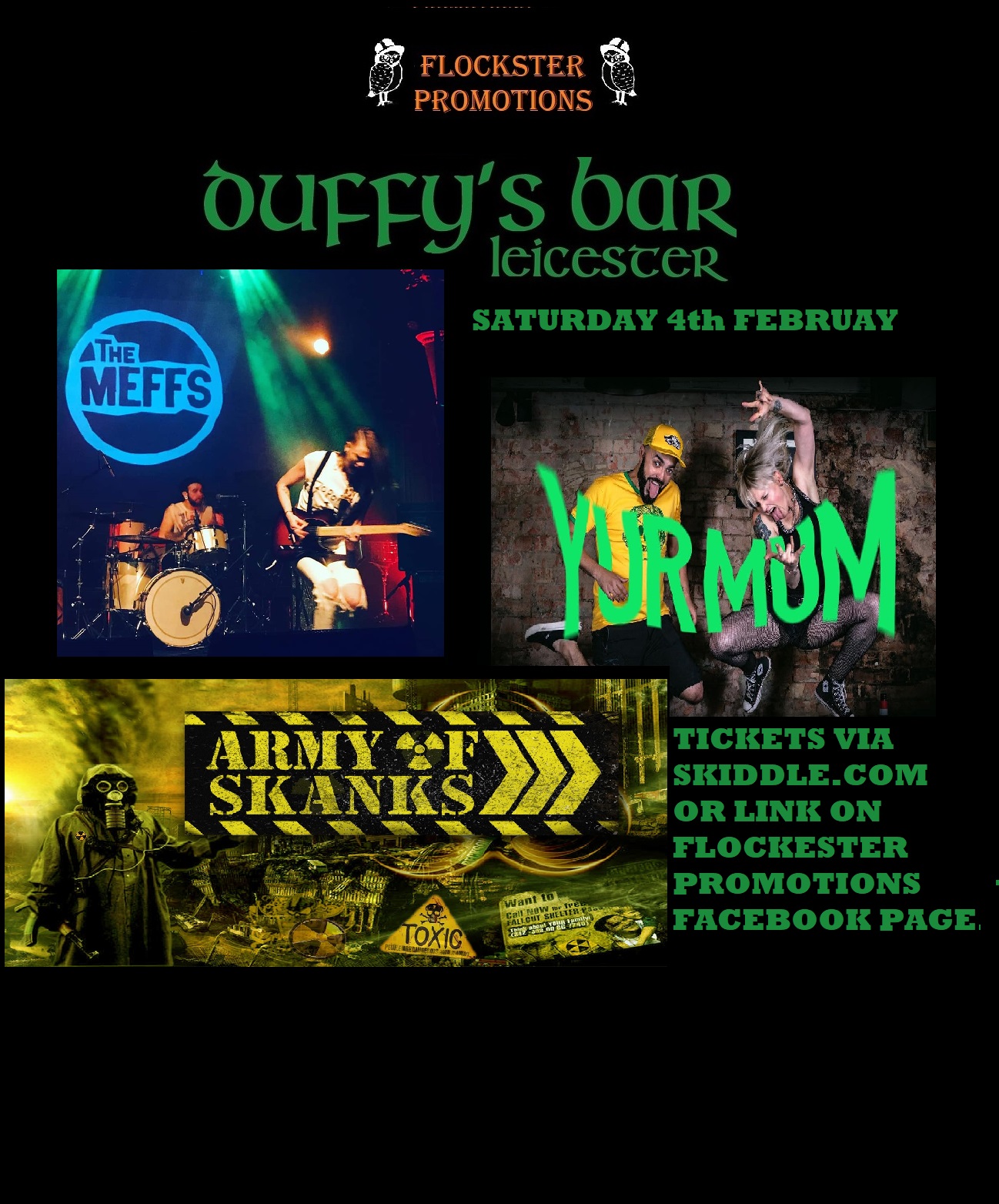 The Meffs + Yur Mum + The Army of Skanks

Since exploding onto the East Anglian scene in 2019, THE MEFFS – aka Lily on vocals/guitar and Lewis on drums/backing vocals – have built up a reputation as purveyors of frantic punk anthems and an absolute must-see live sensation. After routinely selling out local and national shows, 2021 saw THE MEFFS invited to destroy London’s legendary Roundhouse at Frank Turner’s four-date Lost Evenings festival, alongside headlining HRH Punk. Following their self-titled debut demo (recorded in a day, and receiving exposure on BBC 6Music, BBC Introducing, and Radio X) THE MEFFS released four singles, recorded by Billy Lunn of The Subways and at Black Cactus Studio. These received international airplay and spots on Spotify playlists. Their new album, currently being recorded with Frank Turner, is due for release in 2022, alongside multiple festival appearances including Futurama, Rebellion and Boomtown. Yur Mum Formed in London, Yur Mum started their road rage ride in 2016. Without any pretension and not taking themselves seriously, three friends got together to play some rock’n’roll. The name came as a joke days before their first show. The band, as well as their name, quickly caught on and soon they were playing all over London, then across the rest of the country. In 2017 they crossed the channel twice and conquered France, Austria, Hungary and Czechia. In 2018 they played even more shows than the previous two years together and ended the year playing in Brazil. On stage, Yur Mum is raw, energetic, aggressive, cathartic and unapologetic. However as individuals, they’re pretty down to earth and friendly. They are multicultural female fronted band but don’t expect stereotypes and don’t underestimate them. Yur Mum is taking over the world.