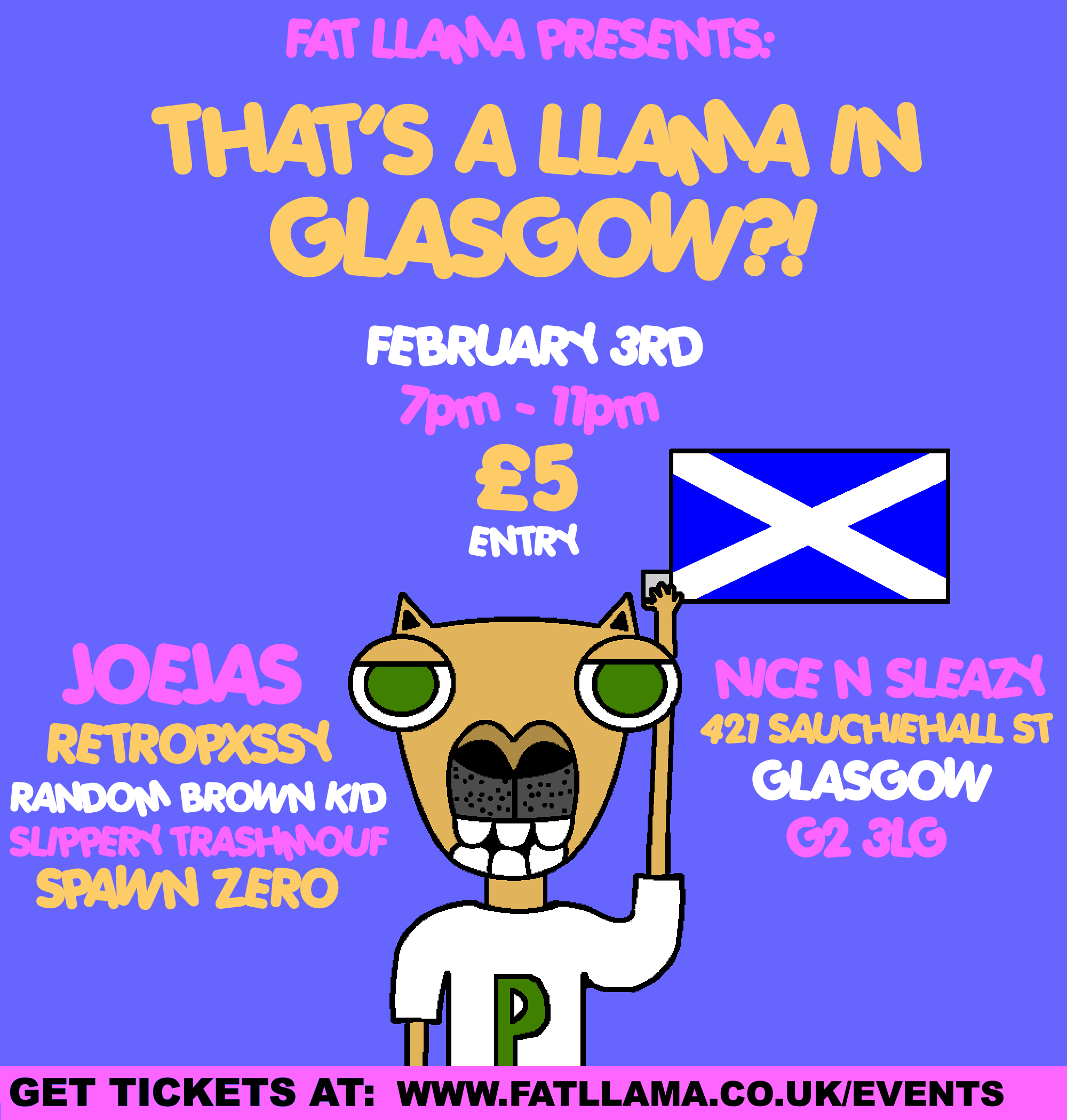 That’s a Llama in Glasgow?!

JoeJas Retropxssy Random Brown Kid Slippery Trashmouf Spawn Zero JoeJas Is A rapper and producer (when producing going under the alias ‘HairyMuffinMan’.) JoeJas has been rapping since he was 11 and started production at 17 because the beats he was on did not showcase the full vision he had for his music. He had then put out his self produced debut album ‘Planet’ in 2016 taking influences from punk, Jazz, Hip-Hop & R&B and blending them all in one. This genre mashing will then become a defining point in JoeJas’ music. All music videos have been shot and edited by JoeJas too from 2017 showing the wide array of skills capable. In 2016 he had started his own line of events under his brand ‘Fat Llama’ which put on a Multitude of artists spanning from different genres around London. This was made because JoeJas felt that there wasn’t anything for people considered weird and not to meet in the middle and find new sounds they weren’t usually a-custom to. In 2020 JoeJas won the vans musician wanted competition with praise from Anderson Paak & J.I.D.