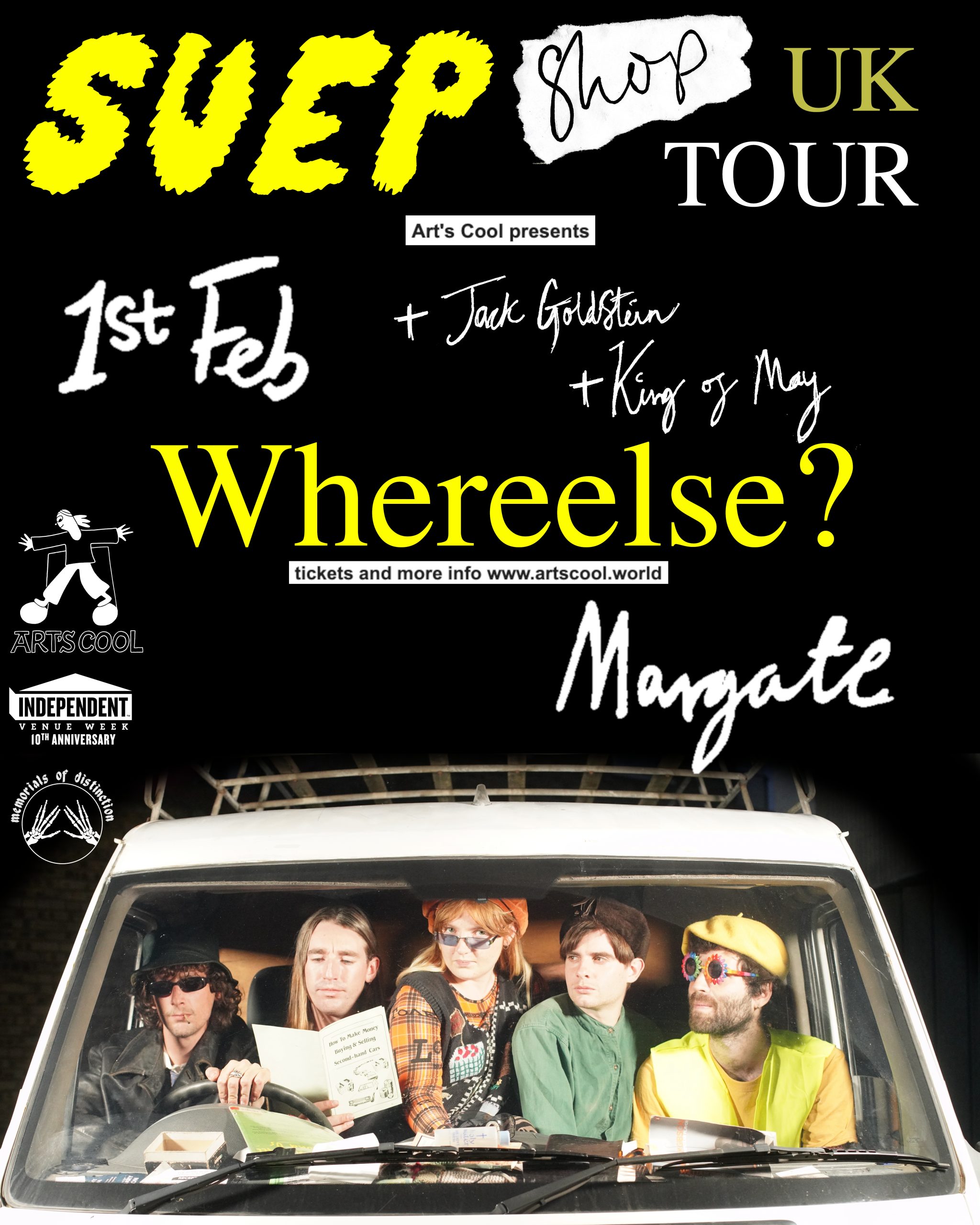 ‘Perfect pop’ – Marc Riley London-based ‘indie-supergroup’ SUEP announce their long-awaited debut mini-album Shop, a collection of six oddball, car-boot-sale pop songs with a sprinkling of theatrical storytelling. Led by Georgie Stott (of Porridge Radio, Garden Centre) and Josh Harvey, SUEP was born out of a near-decade of playing in sheds and barns with like minded personnel, holding a mutual love for Paul McCartney, Jona Lewie, the B-52s, Devo and other performative freaks enjoying themselves. Following a move to London from Brighton, the pair added George Nicholls (The GN Band, Joanna Gruesome, The Tubs), Will William Deacon (PC World, Garden Centre), and Ollie Chapman (Boil King) to the line-up. The five-piece take turns writing songs and taking the lead vocal duties in a wonderfully playful but coherent collaboration, with their debut mini-album Shop being a kaleidoscopic off kilter pop ride, taking the listener through haunted castles, deprived encounters, days lost to the imagination in bed, and through the integral friendships that give SUEP the energy to keep dancing to their own beat.