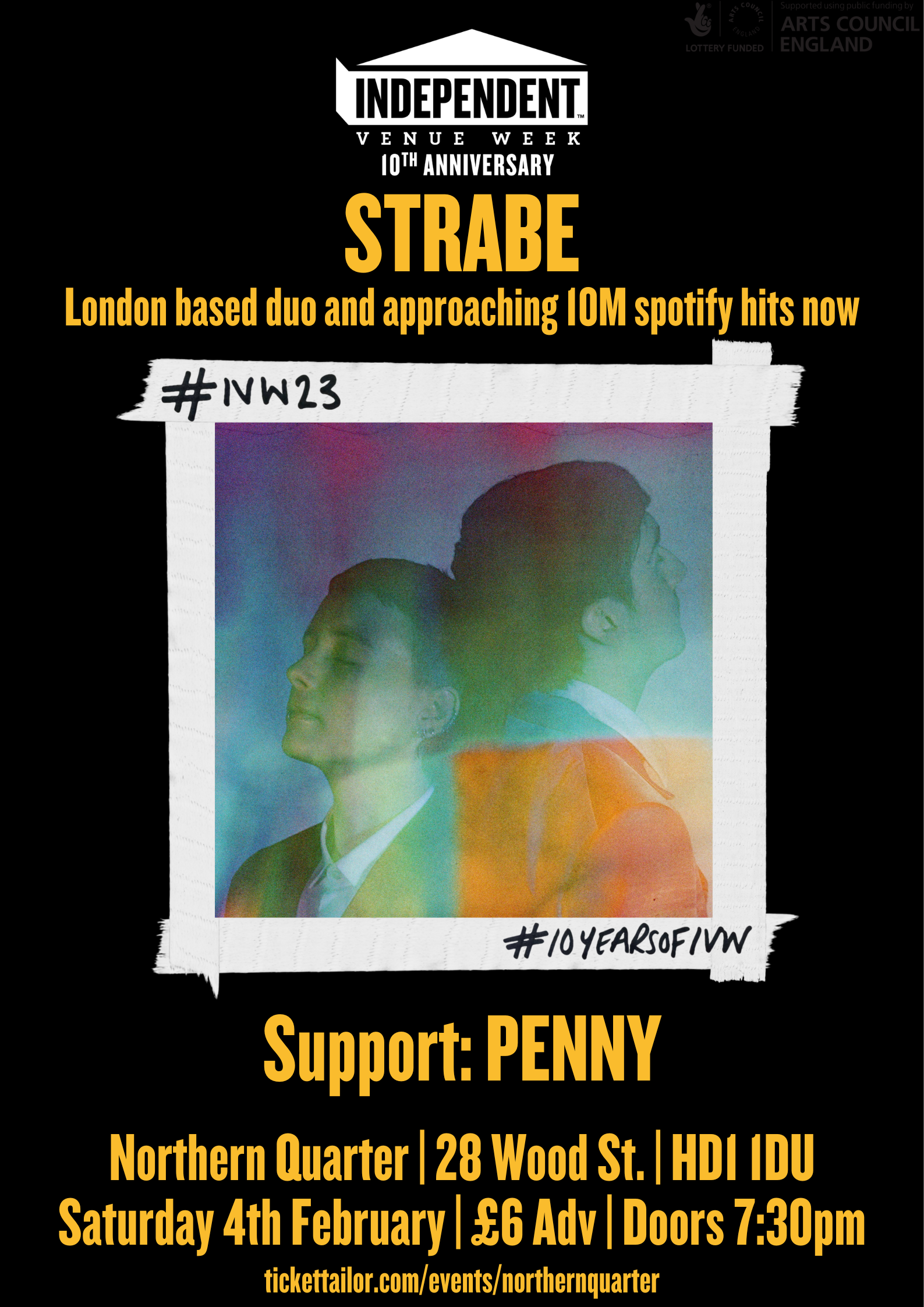 Lond based due and approaching 10M spotify hits now! Like all of the best pipedreams, Strabe first came about in the smoking area. Four years ago, Angelica Black was at Cork Jazz Festival and fancied popping out for a joint – Emmet Carey didn’t smoke, but kept Angelica company anyway. Sitting by the river and chatting about music, they quickly realised that not only were their tastes spookily similar. While Angelica had grown up listening to and playing classical music, Emmet remembers hearing a lot of Pink Floyd and the French composer Jean-Michel Jarre around the house – and uniting the two musicians, they were also raised on pop titans like ABBA and Eurythmics. They also each represented the missing piece of the other’s project. Angelica’s lyrics weren’t yet hooked to a particular sound, and Emmet’s electronic music was sorely lacking a vocalist – the chance meeting felt almost uncanny. As these kinds of late night conversations tend to go, the pair insisted they absolutely needed to make music together, and then… swiftly parted ways without swapping numbers. Luckily, they crossed paths a couple of months later when Angelica spotted Emmet “giving it yaldi” and singing Irish songs at the student union, where it turned out he was studying computer science. ”I marched up to him again,” they say, “and that was it, we actually made music.” True to their word, Emmet and Angelica eventually began writing together in various bedrooms around Dublin, and the first song they made together was the pulsing and woozy ‘Acid Love’. Written before heading out on a night out together, it revisits a shimmering afternoon spent out in nature. And later that year came ‘Best Worst Year’, a twanging slice of dance-pop unpicking the stagnation Emmet felt as he repeated a year of college, and the anxiety Angelica grappled with when they ultimately dropped out of their geography degree. Though they admit they originally released the song to appease Angelica’s mum – “she was obsessed the second she heard it and wanted to be able to listen to it on Spotify” – it gathered steam beyond their wildest dreams, despite Strabe being unknown faces behind the music. Though ‘Best Worst Year’ predates the beginning of the pandemic, it speaks to the strangeness of the last eighteen months, and now is approaching 7 million streams on Spotify. Website: https://strabemusic.com/ Music: https://open.spotify.com/artist/0FMEK1QJjgPFczDNQk8AJu?si=dq0NnY9HQDqMlvMPEK4nHA -?????????????? ???????? ?????????? Meet PENNY. The Huddersfield based singer with the voice of an angel (on a come down). Her debut EP ‘My Secret Powers’ tackles her dreams, her queerness, and her mental health journey through a series of upbeat dream pop ballads which will take you as high as the Pennines. Music: https://open.spotify.com/artist/3nkkY2mnJp6qI8xr0Z1Yxq?si=mT-HPO01SD6w0MuIFYxMqA Doors 7:30pm | £6 Adv | 14+ With adult