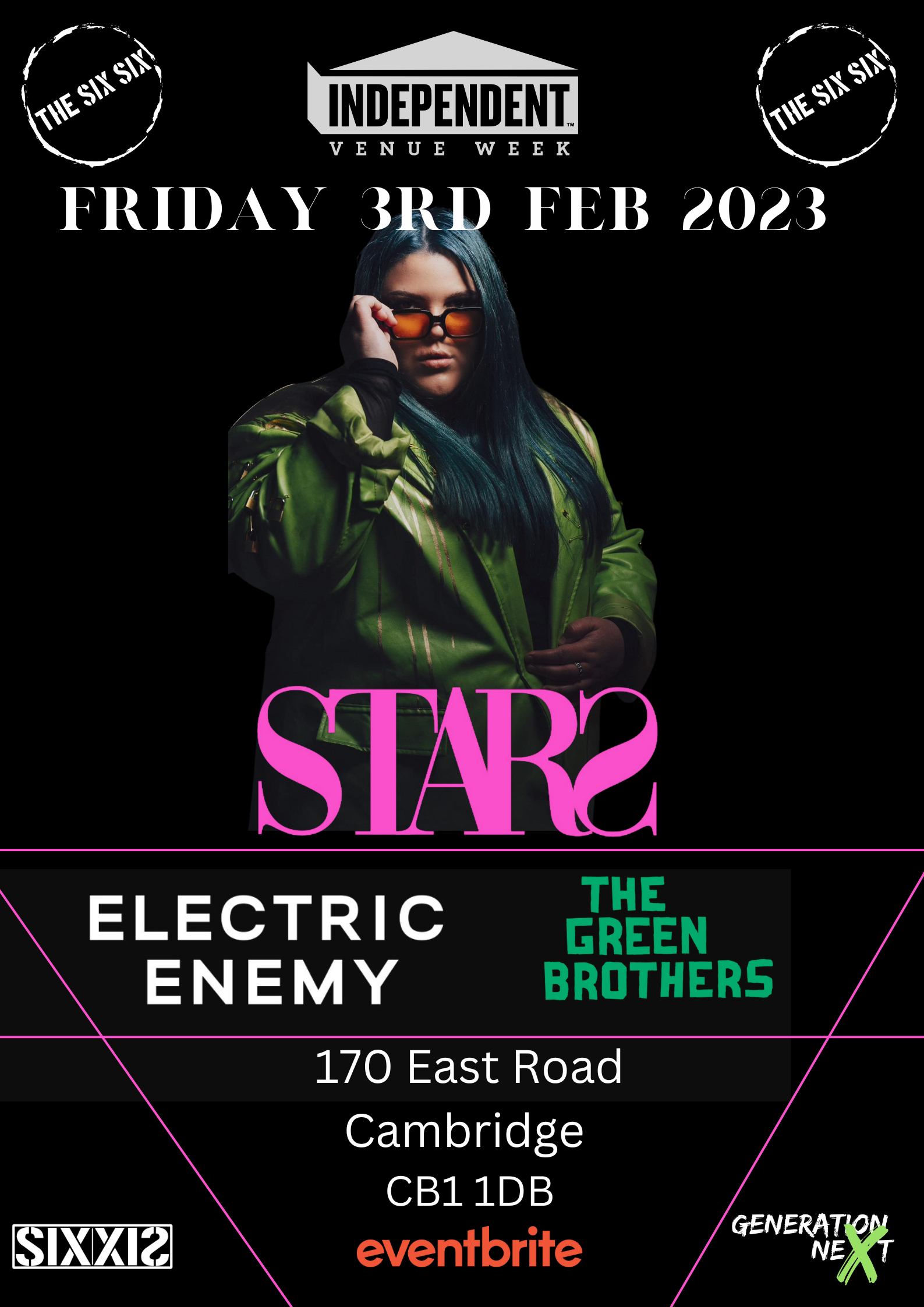 The Six Six in association with Generation NeXt and IVW are proud to present Stars https://www.facebook.com/StarsOfficialMusic Anastasia (Stars) Walker is the lead singer of Bang Bang Romeo and powerhouse performer who has toured with icon P!NK, played Wembley Stadium 2 nights back to back, supported Sting, sold out multiple UK tours, and opened the Isle Of Wight’s 50th Festival on the Main Stage. ‘Every once in a while, a voice emerges from the wilderness, packing more welly than a pile-driving power top. Step forward Anastasia ‘Stars’ Walker, with a Richter-Scale shaking vocal range that doesn’t so much raise the roof as completely rip it off’ Attitude Magazine ‘Gutsy rock and roll collides with Northern Soul’ Steve Lamacq, BBC Radio 6 As well as being an unparalleled entertainer Stars is an outspoken advocate for the LGBTQ+ community and a champion to anyone who is unapologetically true to themselves, regardless of what other people may think. Stars is a dramatic and uplifting force of nature, whose theatrical stage presence is matched only by her spellbinding vocal performances. Electric Enemy Electric Enemy are a London-based band with energetic angst powered by heavy guitars, colossal drums and dynamic vocals. Driving guitar riffs are met by perfectly crafted melodies, delivering a grown-up sound that cuts through the noise. Their message is born from their response to the world around them – with lyrics that tell tales of broken hearts, a broken world, and breaking boundaries. Jim (vocals/guitars), Orlando (guitars), Ewan (bass) and Max (drums) come together to create a sound that could be likened to Muse, The Killers and Queens Of The Stoneage, but with artistry that could only be Electric Enemy. “There’s something in the water here’ Jack Saunders – Radio 1 ‘I can tell when a really special band comes along…this is them -John Giddings – Founder Solo Music/Isle of Wight Festival The Green Brothers The Green Brothers are a 3-piece known for their brit-pop approach to 90’s/00’s inspired indie rock. . You can listen to The Green Brothers track ‘Something To Lose’ here: https://www.youtube.com/watch?v=YeYhi8i6oIM