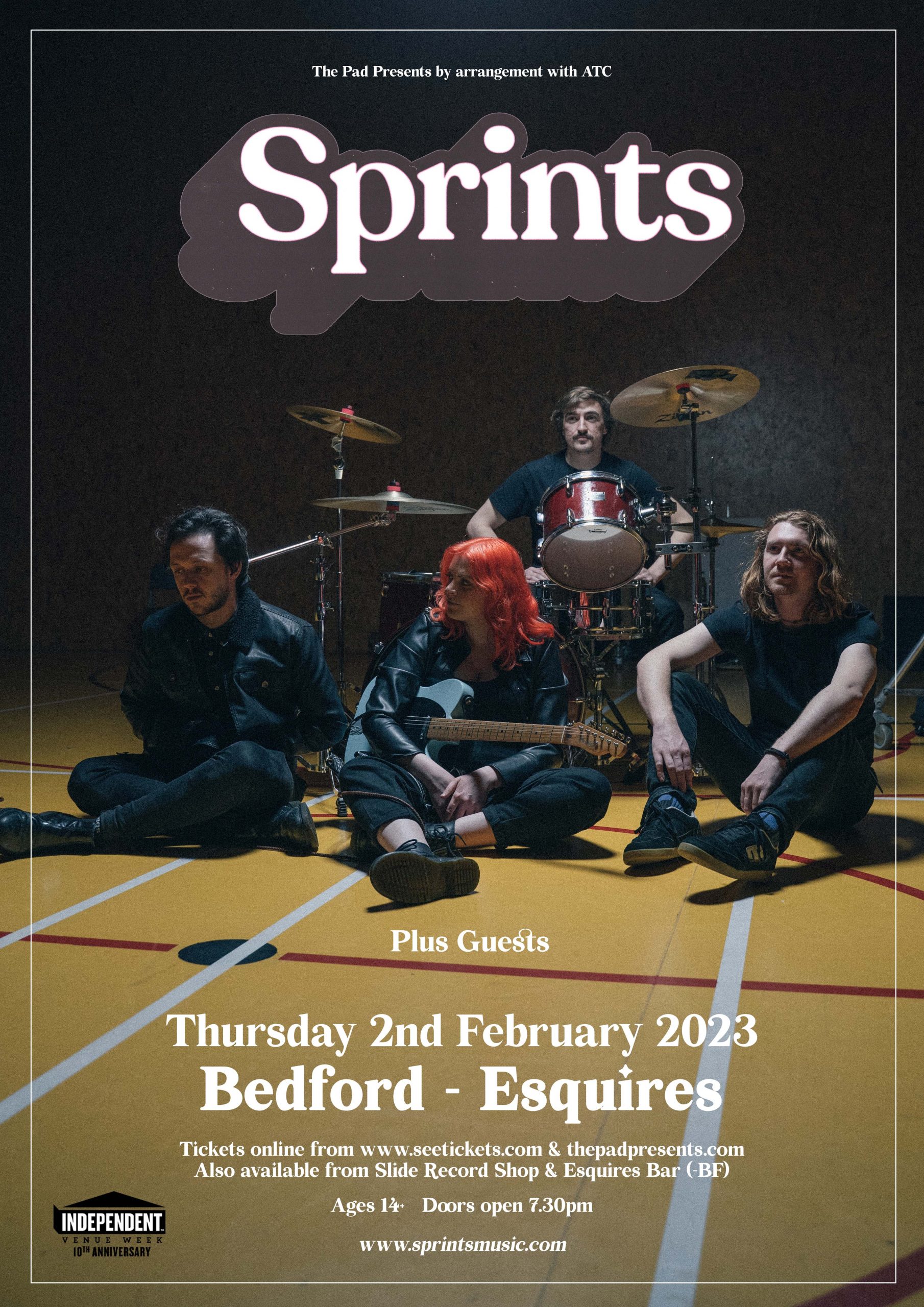 Independent Venue Week 2023 The Pad Presents www.thepadpresents.com SPRINTS + Guests Thursday 2nd February Bedford Esquires We are very excited to have finally (after some extended persuasion) managed to secure a date with one of the fastest raising, most exciting new bands around, SPRINTS! Formed in late 2019 Sprints have barely paused for breath since. Debut AA side ‘Kissing Practice’/ ‘The Cheek’ immediately landed them a fan in BBC 6Music legend Steve Lamacq and, as the year played out, early support from the likes of DIY, NME, So Young and more. Cemented by the reception to the ‘Manifesto EP’, it’s allowed them to dig even deeper into their policy of honesty. Everything that goes into the band’s cathartic punk battle-cries can be seen as something of a call-to-arms: an attempt to silence the internal doubting voices and to fight against the outdated social tropes that box in individuality. Now, more confident in their opinions and identities than ever, forthcoming EP ‘A Modern Job’ (produced once again by Gilla Band’s Daniel Fox) is set to take these ideas – that the personal is innately political, and that expression and using your voice is fundamentally crucial – and solidify them even further. Sprints’ latest is a vital, visceral next step. Anyone listening to the radio of late will have heard them on heavy rotation and will know that this is simply a show not to miss! ——– Tickets on sale 10am Friday 14th October from Seetickets.com Also available locally, without booking fees from: Slide Record Shop Esquires Bar This is a 14+ ages show, under 16s to be accompanied by an adult