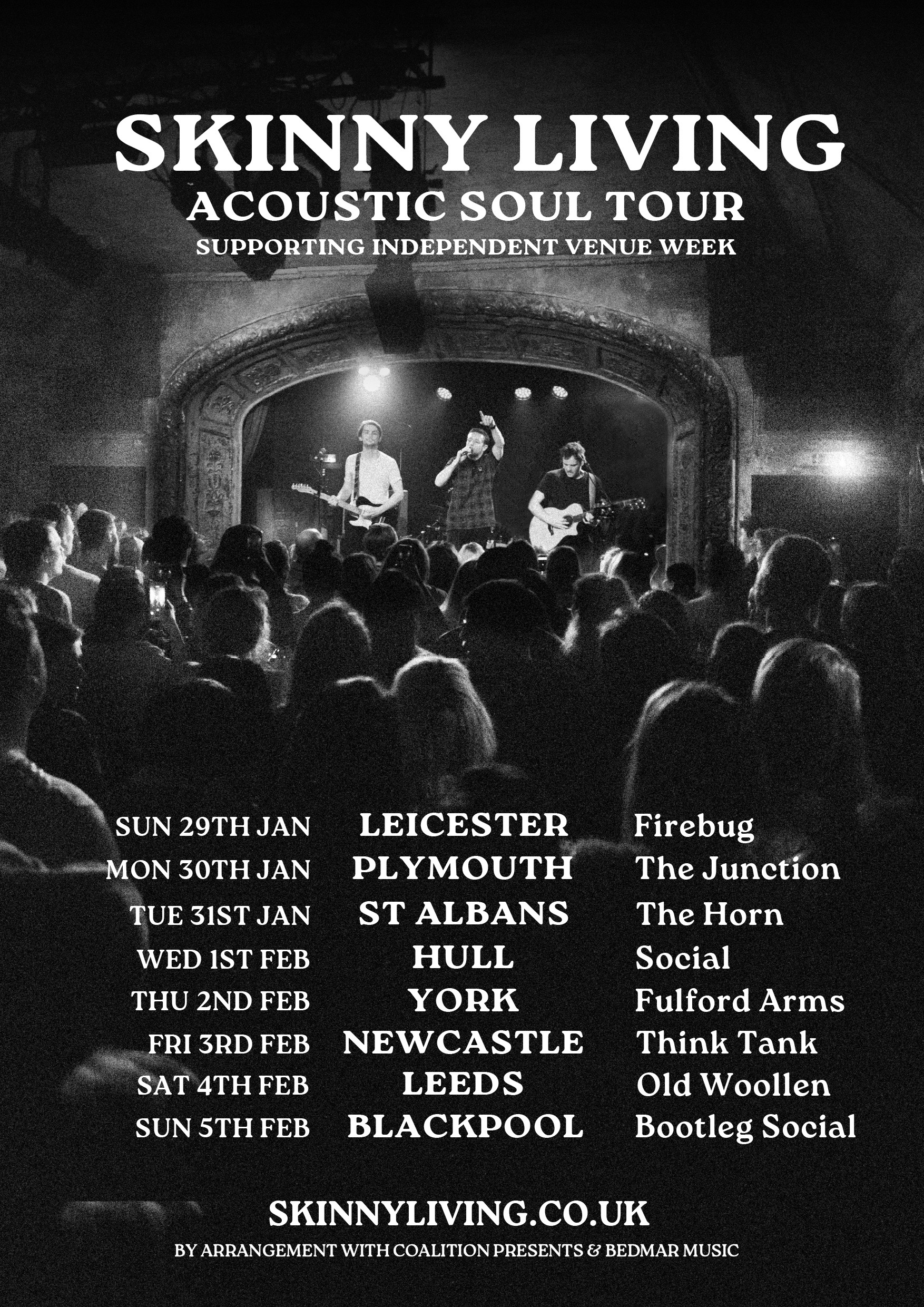 Skinny Living’s story is one of struggle, troubling situations and relentless hard graft. It’s also one of synchronicity, chance meetings, and the unflinching belief that their glorious indie soul music will reach the audience it deserves. Their potential is there to see. Echoing Bill Withers, The Isley Brothers and Paolo Nutini, their songs shimmer with a timeless, gentle beauty, exquisite vocal harmonies and a lyrical wisdom that inspires optimism and reflection in equal measure. ?The bands sound is defined by two acoustic guitars and vocal harmonies delivered by Wakefield natives Will Booth and Danny Hepworth, while the exquisite and ever-so-slightly haunted vocal and lyricism in the midst of it all belongs to front man Ryan Johnston, born in Belfast to a Catholic mother from the Republican area and a Protestant father from the other side of town. Their polar opposite backgrounds meant a family move to Bangor before Ryan later moved to England, where he met Will and Danny at an open mic night and formed the band. Skinny Living have been active since 2014. In that time they have amassed over 60 million streams world wide without releasing a full studio album, however the trio are now on course to release their Debut Album in 2023 The band recently shared the meaning behind their name, which is apt given their songs are often full of big dreams from a modest background: “Skinny Living is a term that describes the financial reality and lifestyle of the working class. Hard graft on a low income with a lust for life, passion for family and an optimistic attitude about the future.”