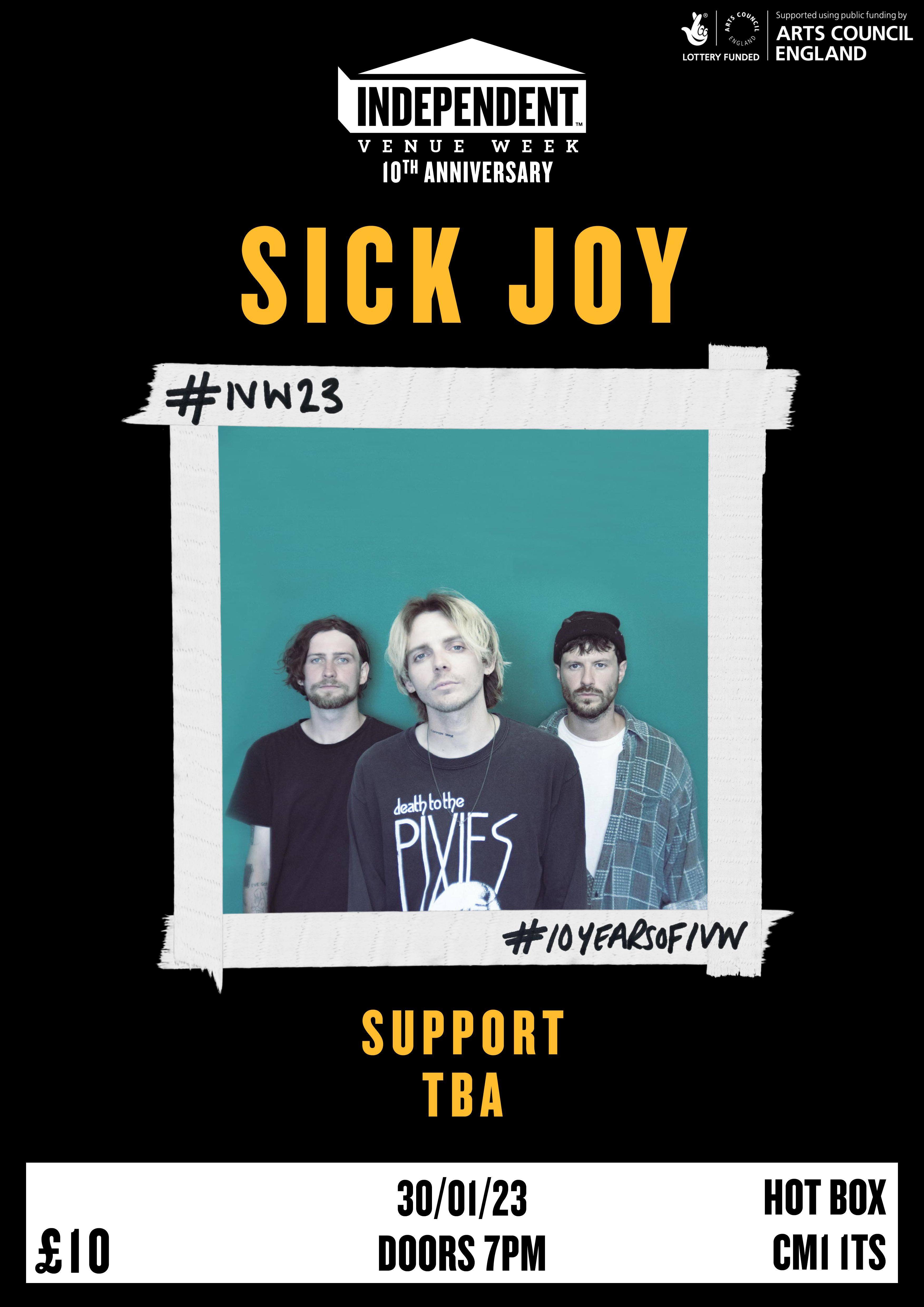 Newcastle born and now Brighton based trio Sick Joy return with raspy and impactful new single ‘Heaven’, released on the 30th January via Killing Moon. ‘Heaven’ features static grunge in the verse and feels like a ticking time bomb at the eruptive chorus. Be sure to stick around for vocalist Mykl’s isolated gripping vocals towards the end to get a feeling of Sick Joy’s unwavering vitality. Sick Joy kicked off 2018 by headlining and selling out Camden Assembly as part of their ‘Spotlight Showcase’ events, and later on in the year supported the likes of Feeder, Tigercub, Honeyblood, Hell Is For Heroes as well as playing at Camden Rocks and 2000 Trees Festivals. After being awarded the Help Musicians and Pledge Music’s ‘Emerging Artists Fund’, Sick Joy’s debut EP ‘Amateurs’ landed in March 2018, which saw singles ‘Smiling Shame’, ‘Senses’, and ‘Stumbler’ achieve support from the likes of BBC Radio 1, Spotify, Kerrang, BBC Introducing, Amazing Radio and Radio X, as well as glowing reviews from several tastemaker publications. The release coincided with a sold-out show at Green Door Store in Brighton, which lead to the band completing a full UK headline tour in October 2018, selling out shows in Newcastle, Manchester, Birmingham, London and Brighton. Sick Joy were also very recently included in the announcement of the first 50 acts revealed to perform at The Great Escape in 2019. The band performed at TGE’s ‘First Fifty’ event back in November in East London.