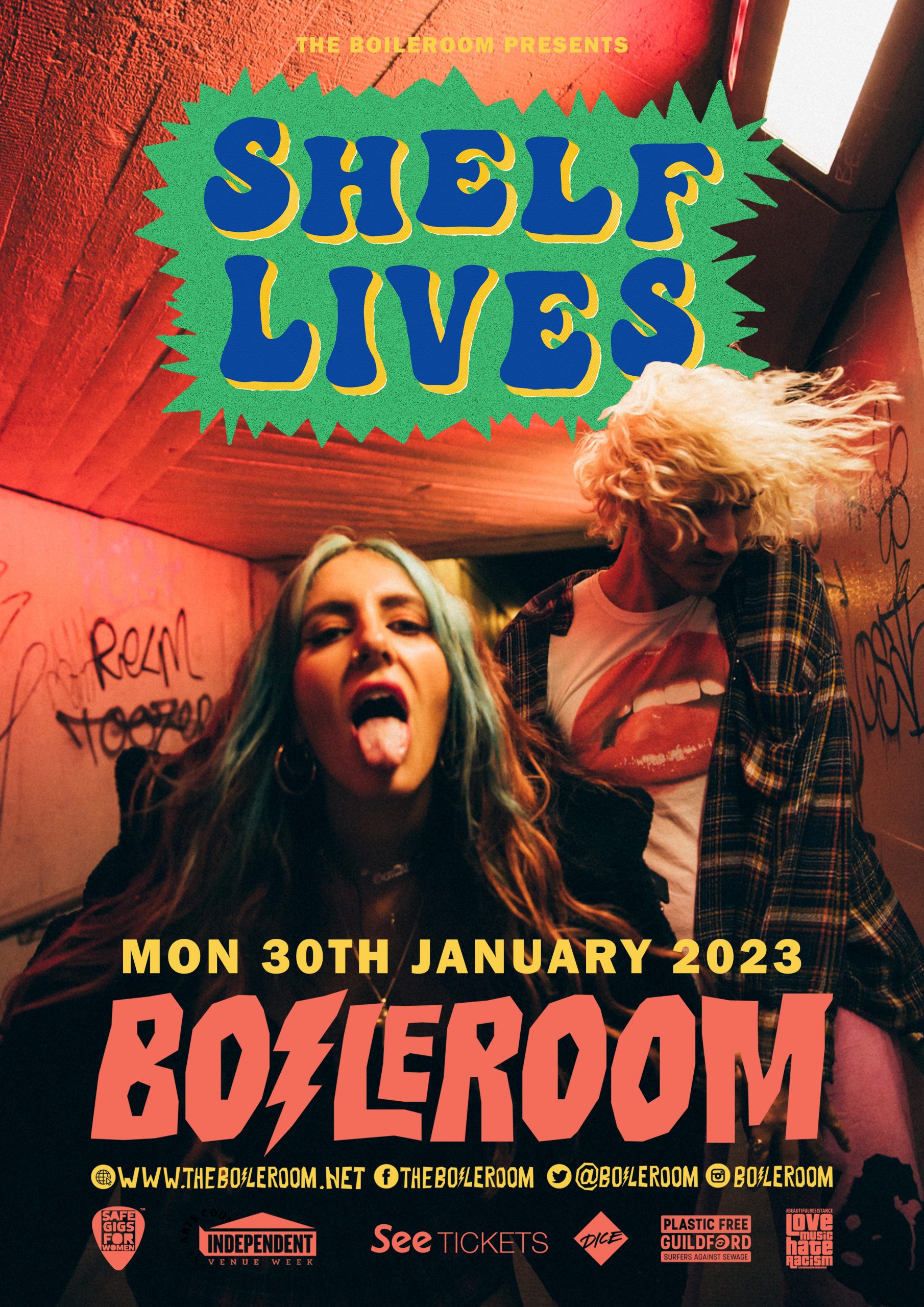 “It’s as close to real life as you can get without feeling really depressed about it,” Sabrina (originating from Toronto) offers by way of summarising Shelf Lives – the London-based electro-punk outfit she fronts alongside guitarist/producer Jonny. Much like this point in time, the duo’s music feels chaotic, tense, and wired. Pairing hardcore punk’s brief blasts of energy with electroclash’s minimal and sleazy sonics, they raise themes of societal collapse and hyper-consumerism with a warped smile. The result taps into headspace that’s as rotten as it is dopamine-flooded, with pent-up frustration and pop hooks tossed together in a way that makes, in their own words, “the fucked up seem fun.” Though Shelf Lives has only been a band since 2021, they’ve already played acclaimed sets at Glastonbury, supported Skunk Anansie on a full EU/UK tour, were ‘ones to watch in 2022’ and joined fellow confrontational noise-makers Bob Vylan and HO99O9 on the cover of Gigwise. In April 2022 they released their first mini-album Yes, offence – a danceable outburst of dissonant guitar riffs, jackhammer beats and black comedic lyrics they’ve described as “a reflection of a broken society verging on the edge of cultureless, all while wearing a party hat.” Societal extremes – whether it’s wealth, poverty, pop culture or patriotism – are captured not through heart on sleeve lyrics, but in the extremes of their sound. Kicking the whole thing off, Sabrina announces – in the style of a Real Housewife by way of Veronica Sawyer – “If I give you a Chanel necklace and you choke on it, that’s your problem not mine.” On the face of it, Shelf Lives make catchy, energetic pop songs that bring the abrasiveness and physicality of punk back to a small, cramped house party setting. It’s music so rowdy you can practically feel the sweat on the ceiling and the sound of crushed cans under your feet. “I think what you’re gonna get from us will be different every time, but it won’t sound like a different band,” says Johnny. “As long as it’s authentic and fun,” Sabrina adds, “Cool – we’re there.”