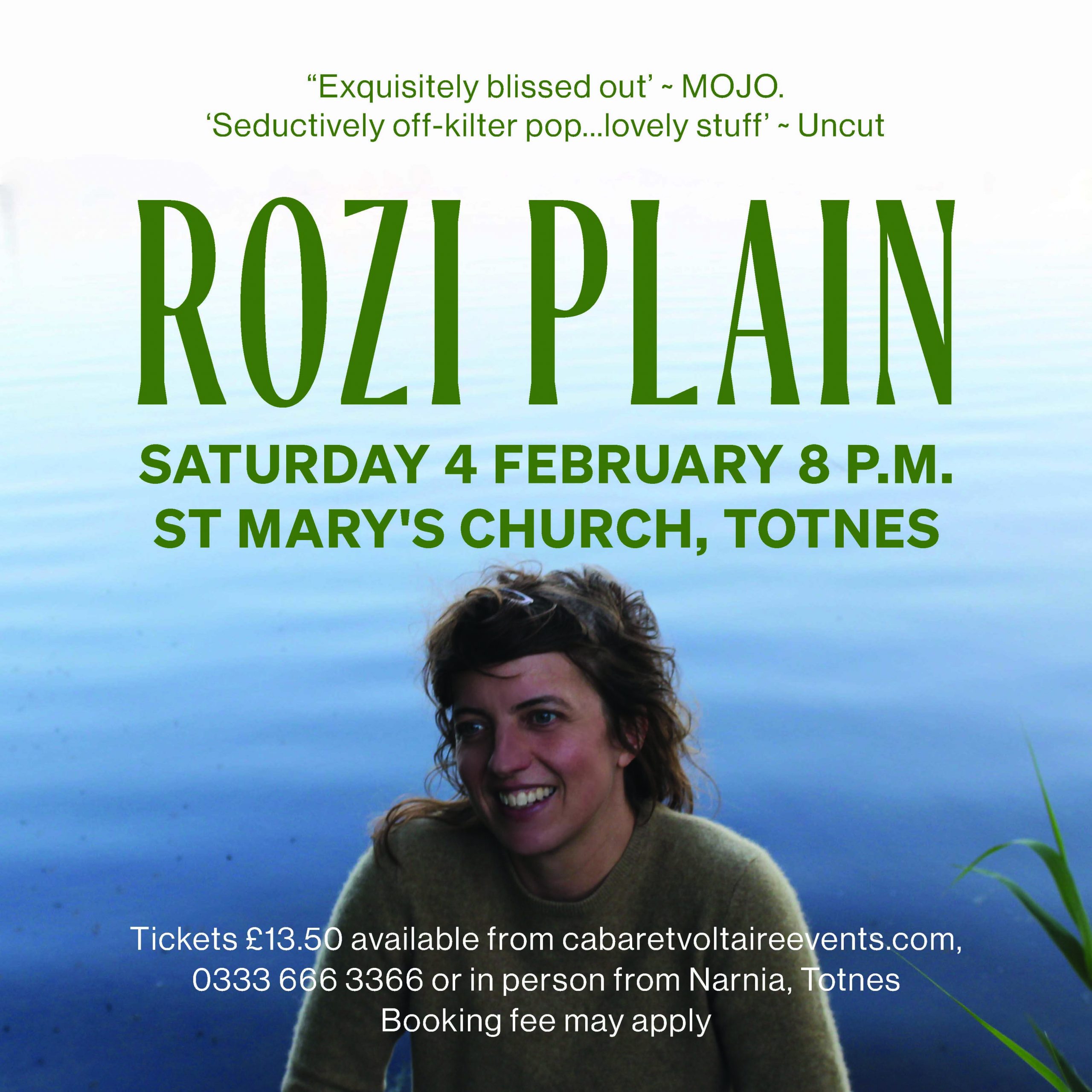 WITH SUPPORT FROM JESS MCALLISTER Alt-folk musician Rozi Plain is visiting Totnes following the release of her latest album ‘Prize’. With an approach that’s intricate and quietly off-centre, Rozi Plain emerged with her solo debut, ‘Inside Over Here’, in 2008 and quickly became a favourite on BBC Radio 6music. She also plays bass in This is the Kit! “SEDUCTIVELY OFF-KILTER POP… LOVELY STUFF” UNCUT Rozi Plain has been making music since her brother taught her a few chords on the guitar aged 13. Raised in Winchester, she spent a few years studying art and painting boats in Bristol, where she began collaborating with long-term friends Kate Stables (This Is The Kit) and Rachael Dadd among many others on a thriving local scene. “EXQUISITELY BLISSED-OUT” MOJO It was there that Rozi made her first two albums, 2008’s Inside Over Here and 2012’s Joined Sometimes Unjoined, each works of deliciously sad and beautiful pop full of heart-wrenching harmonies dotted with unexpected instrumental flourishes. Rozi Plain returns with new album PRIZE on 13 January 2023 on Memphis Industries. Out now is the first single Agreeing for Two featuring contemporary jazz titan Alabaster dePlume on saxophone. Rozi says of Agreeing for Two: “This song was started when I spent a week on the Isle of Eigg writing new music . Mainly it’s thinking about how easy it can be to unknowingly make decisions on behalf of other people, thinking you might know what’s best or right for a situation where as maybe it’s just what was easiest for you.. I love the saxophone line that Alabaster Deplume added – brings a bit of his trademark heart and hopefulness.” Over the course of four albums, Rozi Plain’s hypnotic, gently askew songs have steadily sauntered their way from her birthplace of Winchester, reverberated through the bustling Bristol DIY scene, to where they now emanate from London’s creative epicentre. Acquiring a worldliness that’s reflected in her travels as a touring musician, each consecutive release has broached new sonic territory, whilst retaining a home-grown intimacy and a familial warmth of spirit. On Prize, her upcoming fifth long-player, due for release on Memphis Industries on 13 January 2023, Rozi’s unique, heart-felt approach continues to prevail, marking her as one of our most innovative and engaging songwriters. Almost permanently on tour, Rozi has taken her joyous live show on the road countless times around Europe, the UK and the USA, in partnership with alt-folk luminaries from Devendra Banhart to James Yorkston and the Pictish Trail.