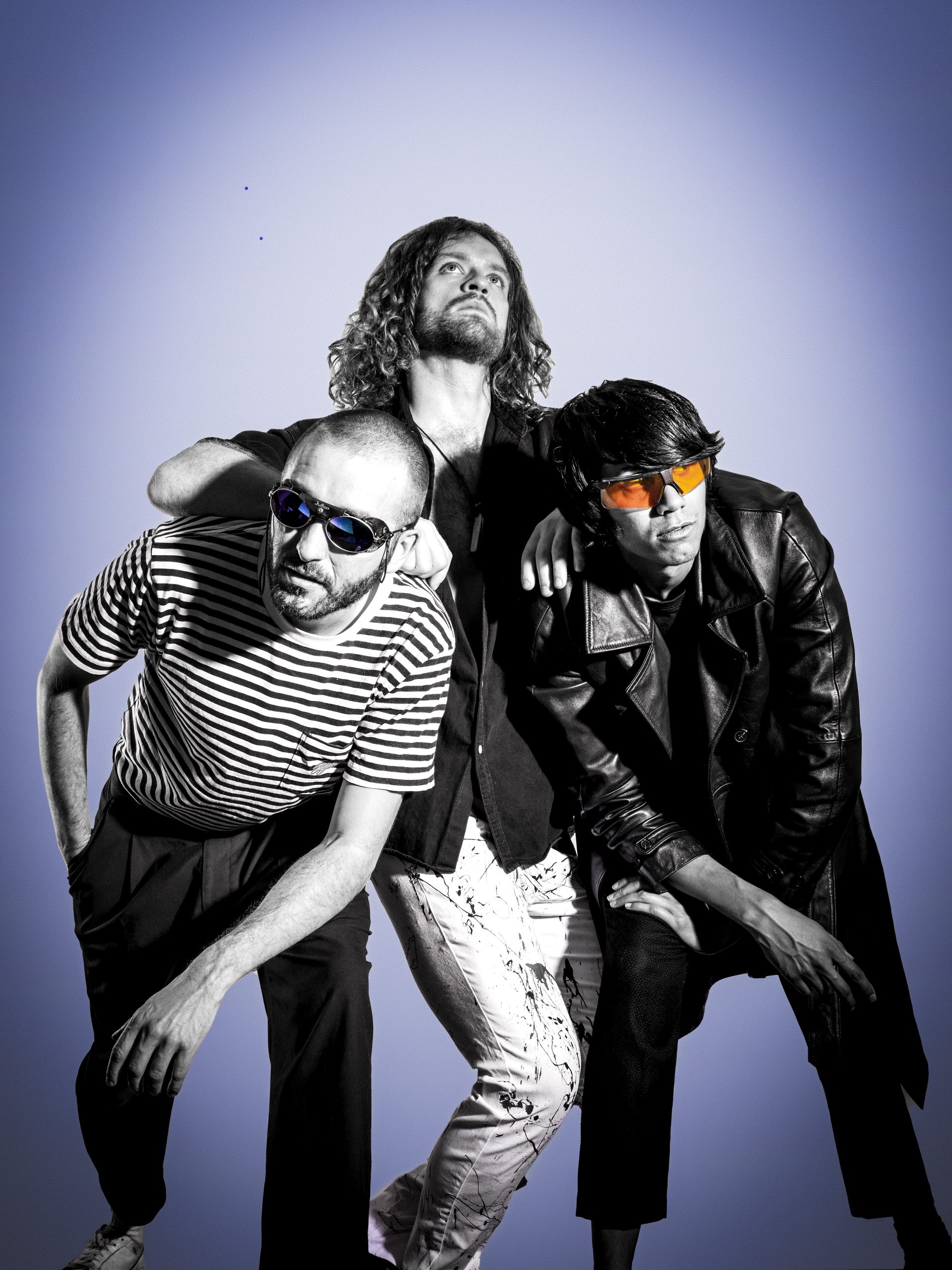 Formed in Northampton and residing in East London, Phantom Isle fuse acid house, disco, post-punk and industrial into an original and raw indietronica sound, coupled with their dynamic stage show. The release of their debut EP Out of Blue in 2022 was followed by a string of triumphant tour dates and festivals in France and the UK over the summer. Winning support from Jack Saunders at BBC Radio 1 and BBC Introducing’s Kerrie Cosh and receiving airtime on prime time TV, Cosh called the band “one of the most incredible bands in the UK right now”. Out of Blue is out now on limited edition blue vinyl, released in November 2022 on Eight Limb Entertainment. With Support from Yoshe, who makes electronic synthy music somewhere in the space between pop and weird, exploring the use of motion sensor technology to compose and perform through movement – creating spellbinding performances of music and dance. And Alt-electro duo Irrelevant Devices.