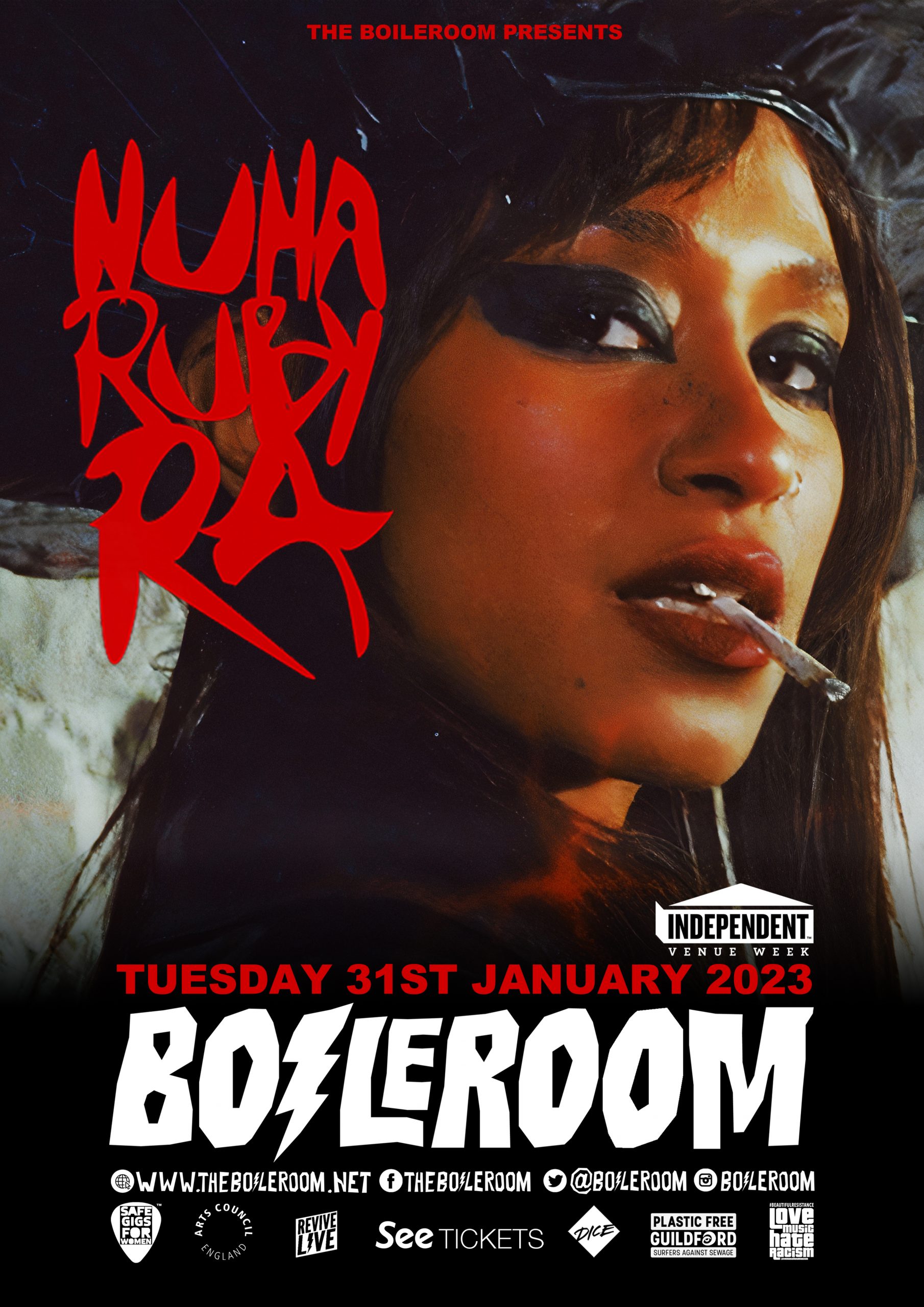 The beginning of 2022 saw Nuha Ruby Ra release her new single ‘My Voice’ on Brace Yourself Records. The new single followed last year’s ‘How To Move’ EP, released to critical acclaim cementing Nuha as one of the most exciting and provocative new acts in the country. The pulsating and dark, avant-pop of ‘My Voice’ has Nuha shape-shifting through the accompanying video like a Lynchian dream. So far this year, Nuha has toured with the likes of Yard Act, Warmduscher, Viagra Boys, King Gizzard and The Wizard Lizard and Bambara and has appeared at festivals such as SXSW, The Great Escape, Bluedot, Latitude, Boardmasters and more.