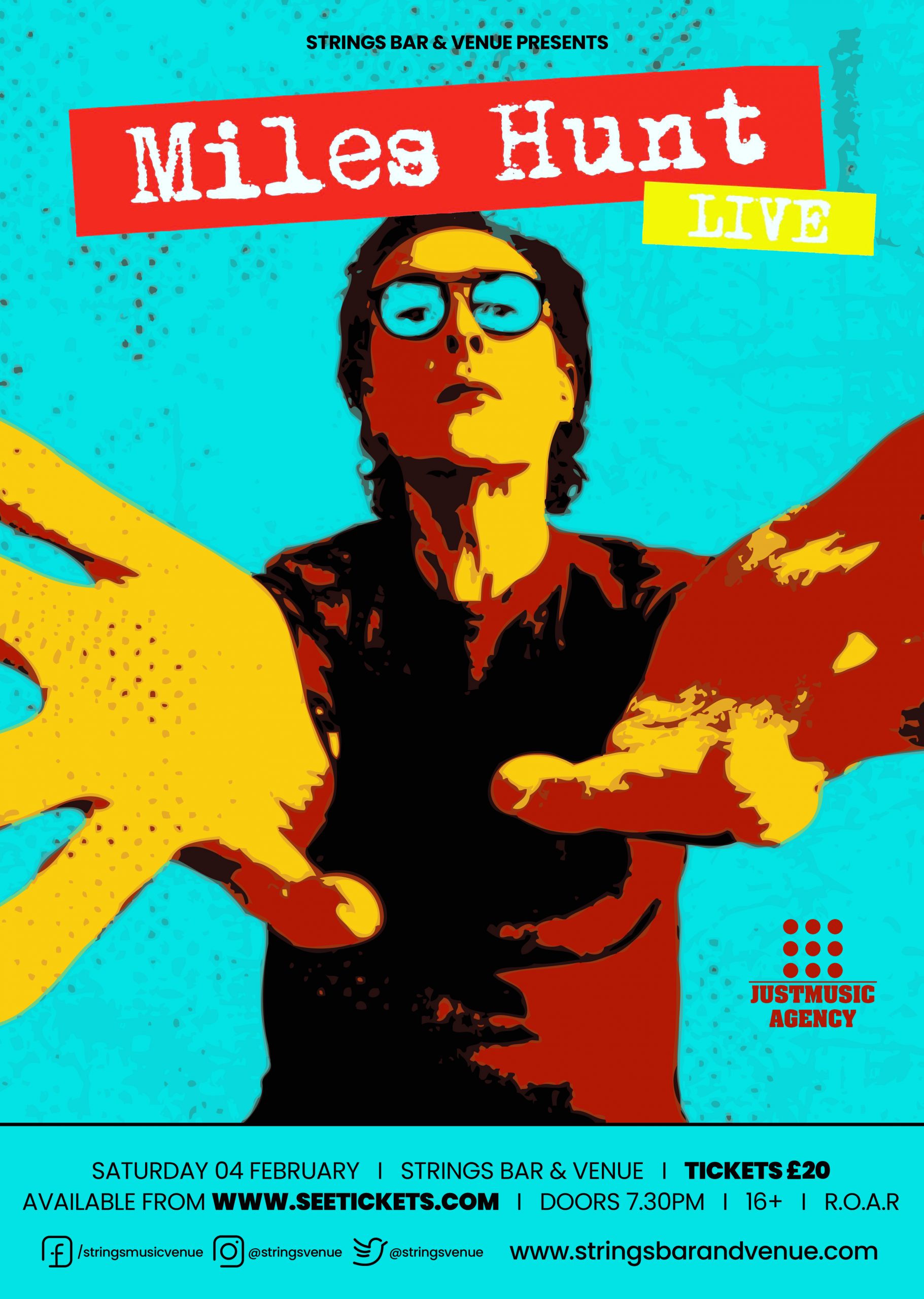 Miles Hunt of The Wonderstuff

Another legend heading to the Isle of Wight to play Strings next year is the incredible Miles Hunt! (The Wonder Stuff) ‘Somewhere between the mid-’80s and mid-’90s, the Wonder Stuff were one of the biggest bands in the U.K. Starting as a revved-up guitar pop band, later adding offbeat folk influences while occasionally nodding to the excess of the Madchester scene, cleverness and eclecticism were the Wonder Stuff’s calling cards. The group was also blessed with a frontman, Miles Hunt, who had the gift of arrogant gab, delivering bitingly witty lyrics and lively interviews that won plenty of space in the U.K. music press.’ After many years of chart topping success with the band, Miles is also very capable as a solo act. We are absolutely delighted to be welcoming Miles to Strings on the 4th of February 2023 to perform songs from his forthcoming album Things Can Change, alongside classics from his 36-year career. ‘For the new album, Miles did what he’s always done and wrote about things that were happening around him, and what had happened to him in the past. Endeavouring to make the music as uplifting as possible, Miles came to accept that we live in a constant state of flux – things can, and will, change. But one thing that he can always be sure of is that his community of friends and family keep him from sinking.’