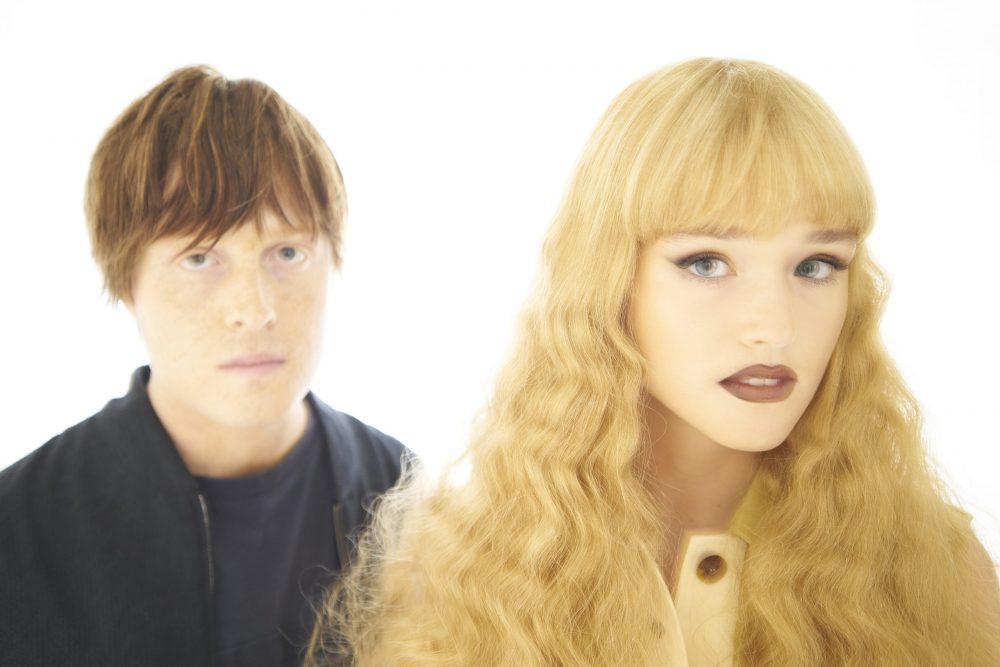 When Georgia Ellery and Taylor Skye make music as Jockstrap, the process and result have one definition: pure modern pop alchemy. Meeting in 2016 when they shared the same composition class while studying at London’s Guildhall School of Music & Drama, Ellery and Skye founded Jockstrap as a creative outlet for their rapidly-developing tastes. While Ellery had moved from Cornwall to the English capital to study jazz violin, Skye arrived from Leicester to study music production. Both were delving deep into the varied worlds of mainstream pop, EDM and post-dubstep (made by the likes of James Blake and Skrillex), as well as classical composition, ‘50s jazz and ‘60s folk singer-songwriters. The influence of the club and a dancier focus, which was hinted at in previous releases, now scorches through their new material like wildfire. Take the thumping, distorted breakbeats of ‘50/50’ –inspired by the murky quality of YouTube mp3 rips –as well as the sparkling synth eruptions of ‘Concrete Over Water’, as early evidence of where Jockstrap are heading next.