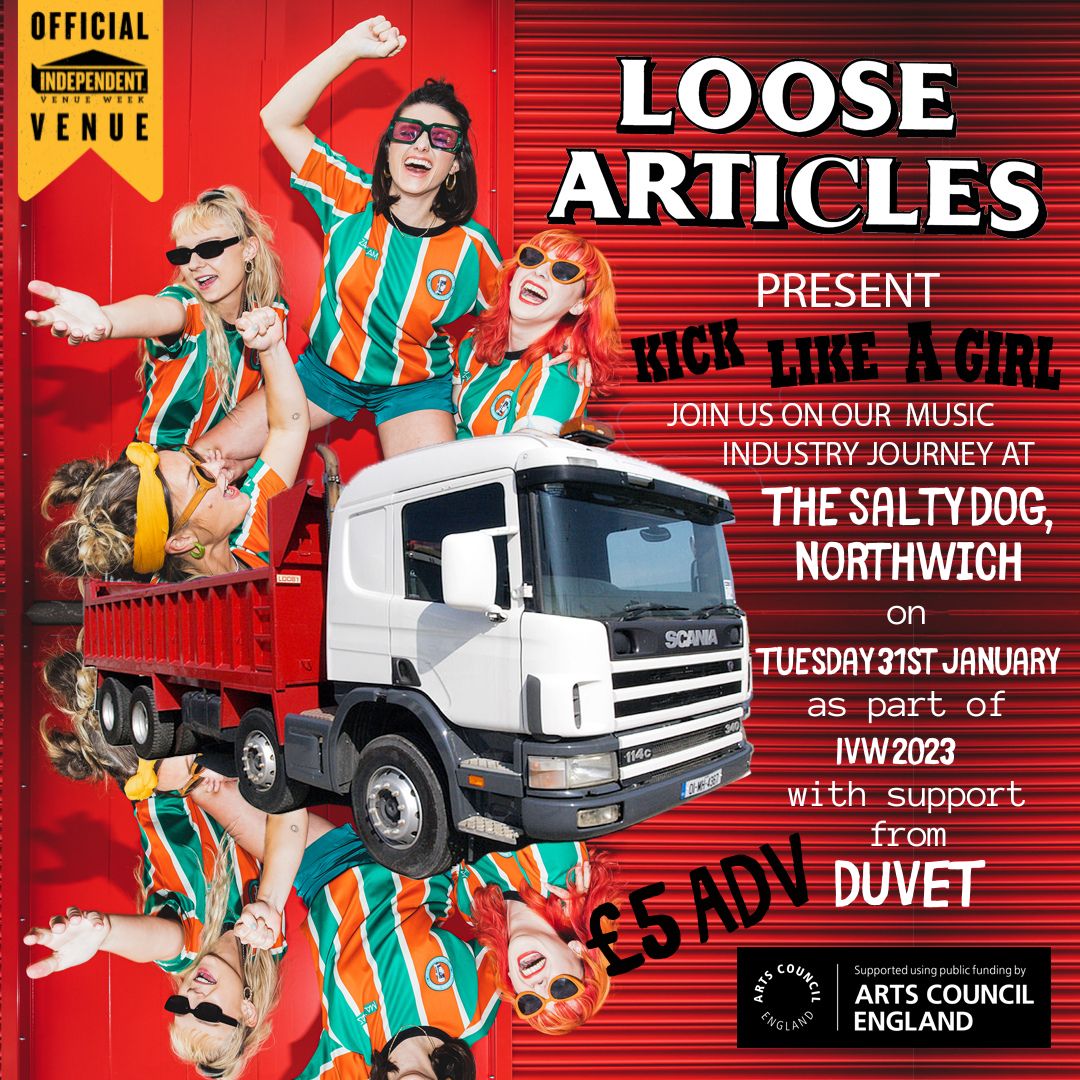 Following storming sets at Dot To Dot Festival recently, Manchester punk quartet Loose Articles are pleased to reveal the video for their new single ‘Kick Like A Girl’ which is released 14th June 2022 via Alcopop! Records. Arriving just in time to slot into the soundtrack accompanying the fever pitch excitement of the UEFA Women’s Euros 2022 this July, the track is the latest to be taken from their forthcoming second EP, titled Chaos and set for release later this year on Alcopop! Records. The new single takes its title from the misogynistic slur often used towards male players who’re not performing as well as they perhaps should be. “It suggests that women can’t play football,” explain the band, “but we’re reclaiming that slur and throwing it back in people’s faces. We want to take these stereotypes in football and turn them on their head.” Commenting on the single, vocalist Natalie Wardle says: “‘Kick Like A Girl’ tackles the narrow mindset of some men towards women and football, as well as a sprinkle of footballing references ranging from Duncan Furguson to Beckham’s Mohican. With our music we like to raise awareness on issues like misogynistic slurs and attitudes towards women in sports. With this said we still make the tunes fun and comical to grab the attention of people first, before they then realise the tune is making more of a statement on a deeper subject.” Support comes from Duvet & Gas Kunst. Doors 7PM. £5 ADV.