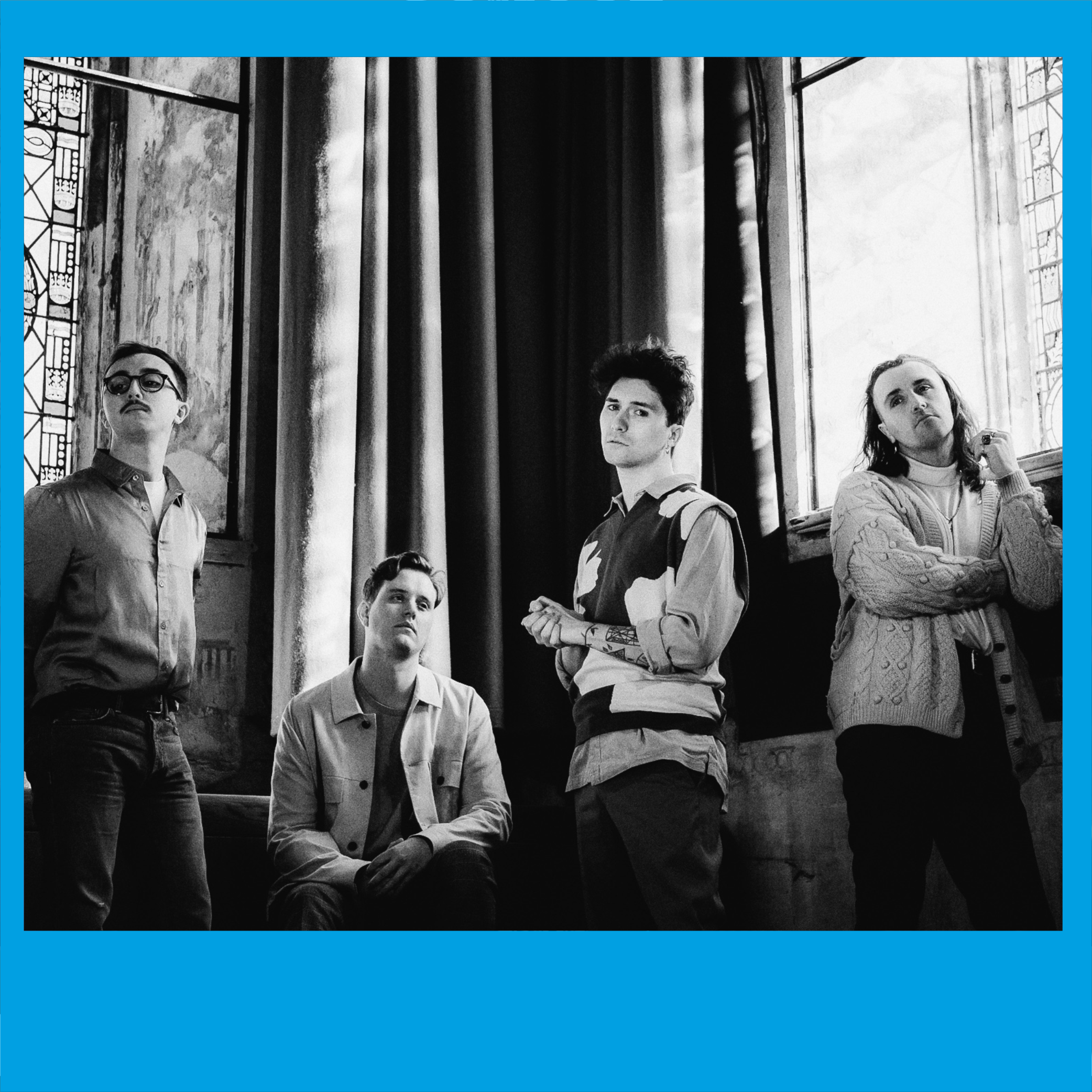 plus special guests VOID OF VISION We all make mistakes. We all have regrets. We all look back on the loves and losses life brings and lament on how things might have been different. In these deeply personal moments of reflection our emotions can run wild as we contemplate our choices and come to terms with what’s next. Hindsight is a powerful and complex thing, and a phenomenon whose intricacies are explored in captivating fashion on The Greatest Mistake Of My Life, the second album from Cardiff’s Holding Absence. Building on the excellent foundations laid down by the band’s eponymous debut record, released in 2019, and following standalone singles ‘Gravity’ and ‘Birdcage’, the four-piece have returned with a group of songs that, in the view of vocalist Lucas Woodland, are the truest representation of Holding Absence to date. “This album is about telling stories that are presented through the lens of hindsight, regret and looking back,” he says. “There are songs that celebrate life when faced with death, and others that speak to the choices we make about how we live our lives. The fear of love, newfound respect for life and the covering up of depression are all subjects that rear their head. The Greatest Mistake Of My Life exercises emotion in many ways, and that was an important thing for us to do, because emotion isn’t rigid – it’s not just love or joy or sadness – it’s a lot of things.” Inspired by a song of the same name that was recorded in the 1930s by actor and singer Dame Gracie Fields, The Greatest Mistake Of My Life is rooted in a time long before Holding Absence even existed. Lucas’ great uncle covered the song during the 1950s – something the frontman repeats on this album – and after finding this out from his grandmother, the singer decided the poignancy of its words were worthy of titling Holding Absence’s next record. “It felt like I’d stumbled across something special,” Lucas explains of his family’s connection to The Greatest Mistake Of My Life. “After playing the track to Scott [Carey, guitar], we agreed it was a perfect title. It tied in to how we wanted this album to be cinematic and timeless. We close the record with a cover of that song, which is essentially an homage to the original and its strange relationship with my family.” Holding Absence – the band completed by bassist James Joseph and drummer Ashley Green – carry the The Greatest Mistake Of My Life’s contemplative and thoughtful spirit throughout their second album. Whereas their debut was a concept record about the subject of love, The Greatest Mistake Of My Life’s inspirations are more complex, as Holding Absence stare down love in the face of death, all the while musing on the vast array of emotions we as humans experience throughout our lives. Lead single ‘Beyond Belief’ is a soaring epic about the risk of loving someone forever, when their definition of ‘Forever’ might be different to yours, and a song that, Lucas says, argues how “love is something worth taking a risk on.” Holding Absence’s unique approach to romance is also present on atmospheric tracks like ‘Curse Me With Your Kiss’ and ‘Afterlife’, but for every display of affection, The Greatest Mistake Of My Life counters with despondency. ‘Die Alone (In Your Lover’s Arms)’ tells of the loneliness two people feel within a relationship long-turned sour, while ‘In Circles’ speaks to the monotony of everyday life and the crushing of dreams The Greatest Mistake Of My Life soundtracks the journey of our lives via all of its despair, elation, joy and pain, but never once tells the listener how they should be feeling “This record holds itself accountable for the way it feels,” Lucas outlines. “The Greatest Mistake Of My Life says everything our bands has always said, which is to be open and embrace feeling the way you do, however that is or whatever it looks like. Shedding their skins and emerging into a bright new phase for their band, with The Greatest Mistake Of My Life, Holding Absence are embracing change whilst holding onto the things that make them special. Aesthetic, for instance, remains important to Lucas and his bandmates, but as seen in the video for ‘Beyond Belief’, no longer do they exist in a world of purely black and white colour. Ushering in a colourful new era for Holding Absence, Lucas speaks of a desire “to bring warmth to people’s lives.” “Visually and in terms of our online presence, we’ve been very stoic in the past,” he continues. “But that’s going to change – we’re well and truly a new band now.” Armed with a stellar new album and an unflinching belief in their craft, this new incarnation of Holding Absence promises to excite and impress like never before. An enthralling collection of songs and stories that tell of love, life, death and everything in between, The Greatest Mistake Of My Life is a thrilling record, and one its creators were born to make. As Holding Absence have proved, the greatest mistakes can sometimes open the door to even greater triumphs.