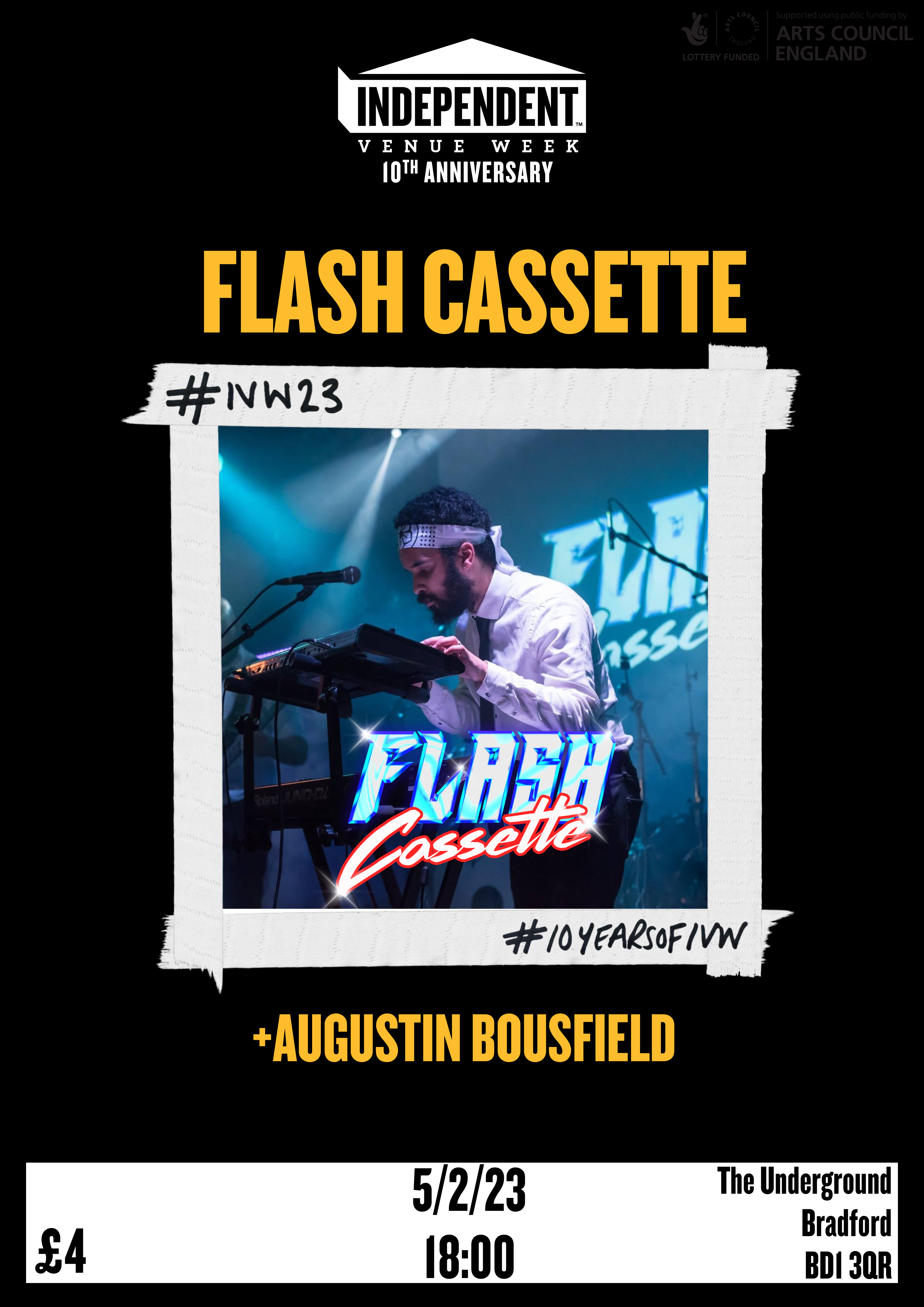 Flash Cassette ‘Flash Cassette drip with synth swag and punchy bass lines that will get you out of your seat and onto the floor.’ – Synthwave Magazine ‘Like cruising through Vice City with a boombox full of funk’ – Jumbo https://flashcassette.bandcamp.com/album/flash-cas… Yorkshire based, fusing ’80s synth pop with disco and modern electronica. While clearly inspired by the likes of Daft Punk, Justice and Kraftwerk, these guys have a funky style of their own that has been tearing up the local dance music scene. The sophomore album ‘II’ was one of 2018’s most electrifying projects. ____ Augustin is from Bradford, UK and has played with Gurgles, Mucky Sailor, Henry Parker, Nope and many others as well as performing as Lord Adonis, and remixing as Tomorrows Dad. He has recently been co-producing Saint Etienne’s latest album. He’s performed improv sound and noise, solo and with others at Bradford’s Threadfest, Fundada Festival in Halifax, Vespertine Festival in York and the launch of the Doctor Who exhibition at the National Science and Media Museum with jazz pianist Matthew Bourne and baritone guitarist Andy Abbott. He has written theme and incidental music for lots of TV shows, a number of films and hosted a BBC6music show. He has also remixed bands like Bearcraft, Printed Circuit, Cowtown and Lark