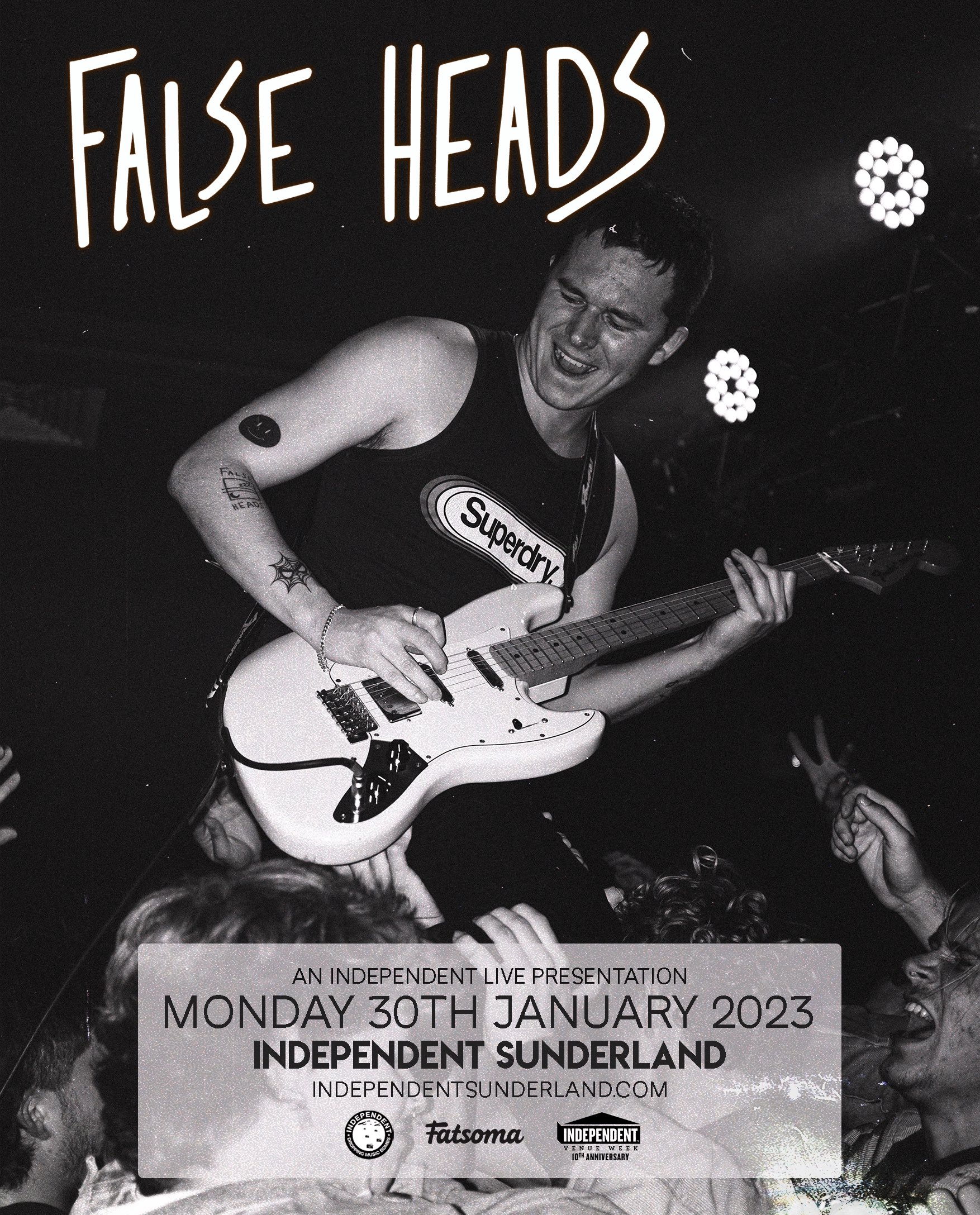 False Heads are an east London-based three-piece rock/punk band consisting of Luke Griffiths (Vocals/Guitar), Jake Elliott (Bass) and Barney Nash (Drums/Vocals). ??With over 1 million streams on Spotify and over 500K on Apple Music and plaudits aplenty right in the middle of a global pandemic. ?Think QOTSA and The Pixies with a bit of The Ramones thrown in for good measure. ‘Vital and considered. You need to hear this album’ – The Line of Best Fit [8.5/10] ?’Unapologetically chaotic…False Heads have really hit the nail on the head with this one’ – CLASH [8/10] ‘False Heads are a force to be reckoned with’ – Louder Than War [8/10] ‘One of 2020’s Best British Rock Albums’ – Pop Matters