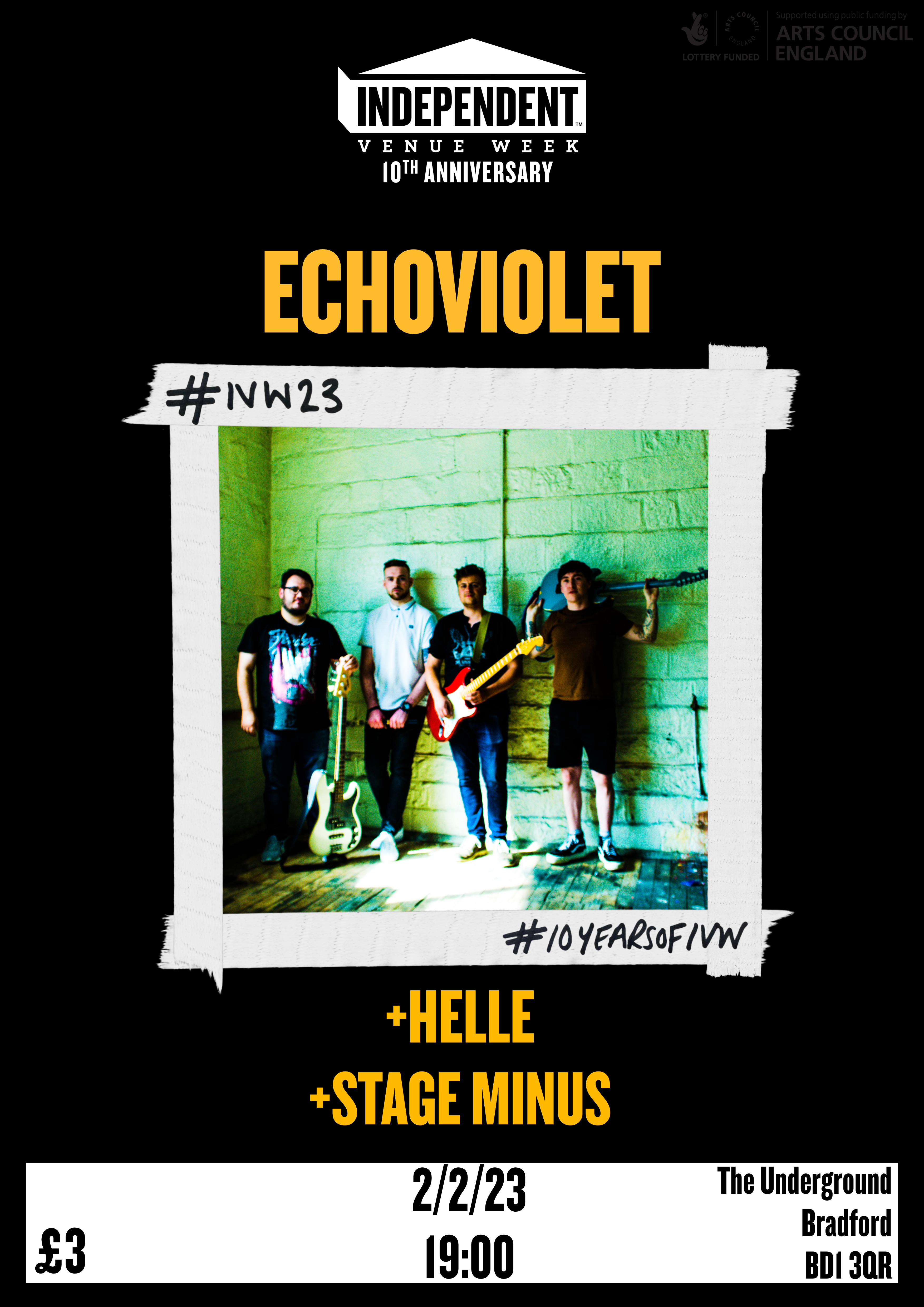 Hailing from the streets of West Yorkshire, Echoviolet are a four-piece alternative rock band. The band’s influences range from artists as diverse as Pink Floyd, Radiohead, Foo Fighters, Idles and Nick Cave, while carefully weaving their influences together in order to create a sound that is uniquely their own. Echoviolet released their debut EP, titled “It’s Just Begun” in May 2021 and now in 2022 the band, having made a couple of personal changes, have begun recording their first Album and have recently had their new single ‘Beautiful Lies’ played on BBC INTRODUCING North Yorkshire. The new arrivals have made a change to the band’s music; less melodic and much more punch adding grit and angst to the sound. ‘Echoviolet are a band that do their own thing, unafraid to throw all sorts of things into their music. Some of these things may not be fashionable but who cares when it results in music this good. And what shines through is that this is a band who have all the musical tools they need; the playing, the vocals, are outstanding.’ – LOCAL SOUND FOCUS (2021) With support from Helle & Stageminus.