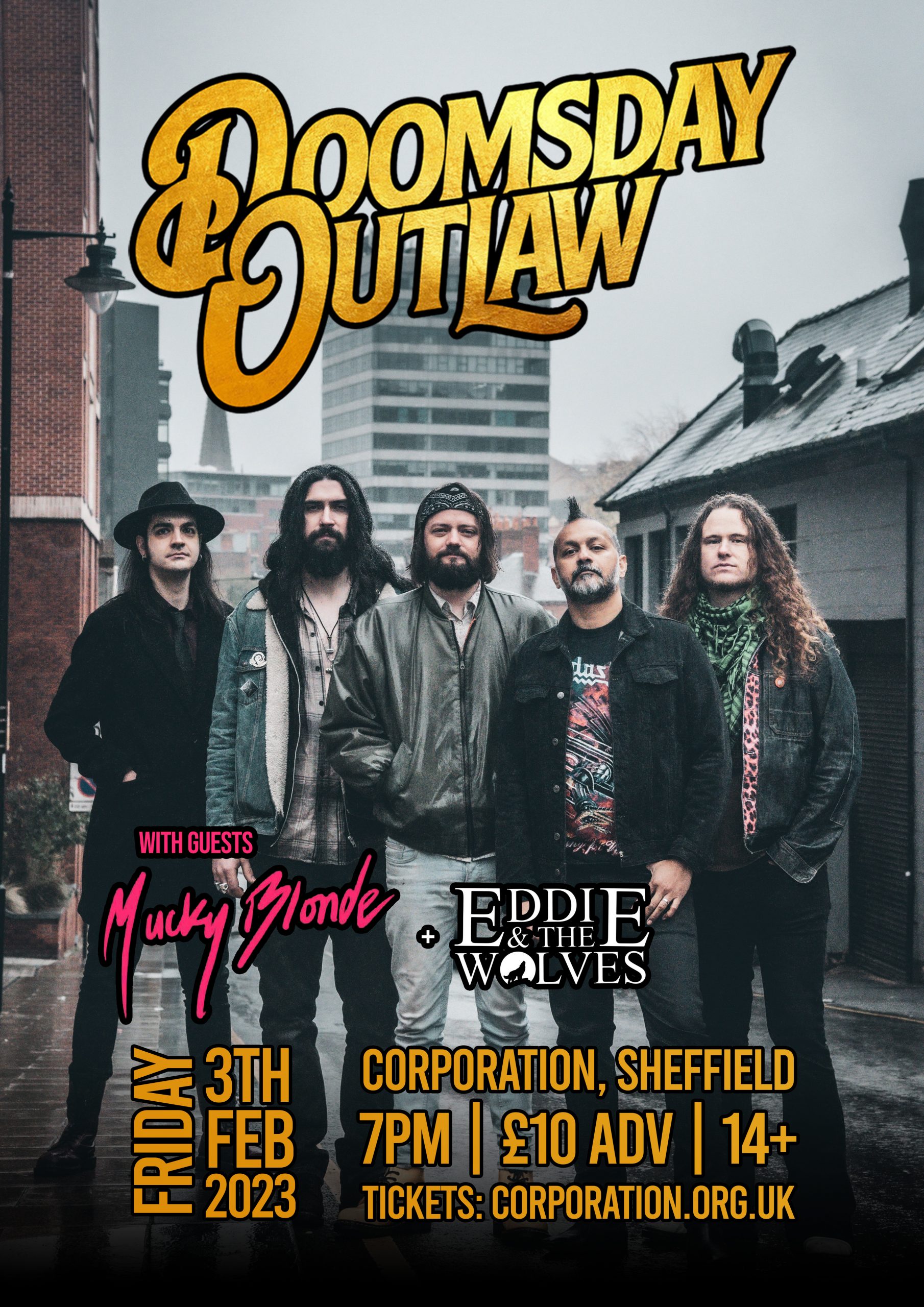 OUT OF THE PRIMORDIAL OOZE … … come DOOMSDAY OUTLAW – a ten-legged hard rock, blues tinged juggernaut from the dark heart of the UK. Coupling huge riffs and killer grooves with soaring, soulful vocals to deliver timeless tales of heartbreak and redemption, the group has two worldwide releases, ‘Hard Times’ and ‘Suffer More’, via Frontiers Records. ? They received glowing notices from UK magazines such as: • Powerplay (‘I doubt you will hear a better album this year. 10 out of 10”) • Fireworks (‘Now THIS is a find!’), and • ‘Album of the Week’ accolade from website Worship Metal (‘Doomsday Outlaw could release an album every 6 weeks and it’d be better than 99% of the bands out there’). ? With a new album in the can the band are all set to embark on the next stage of world domination.