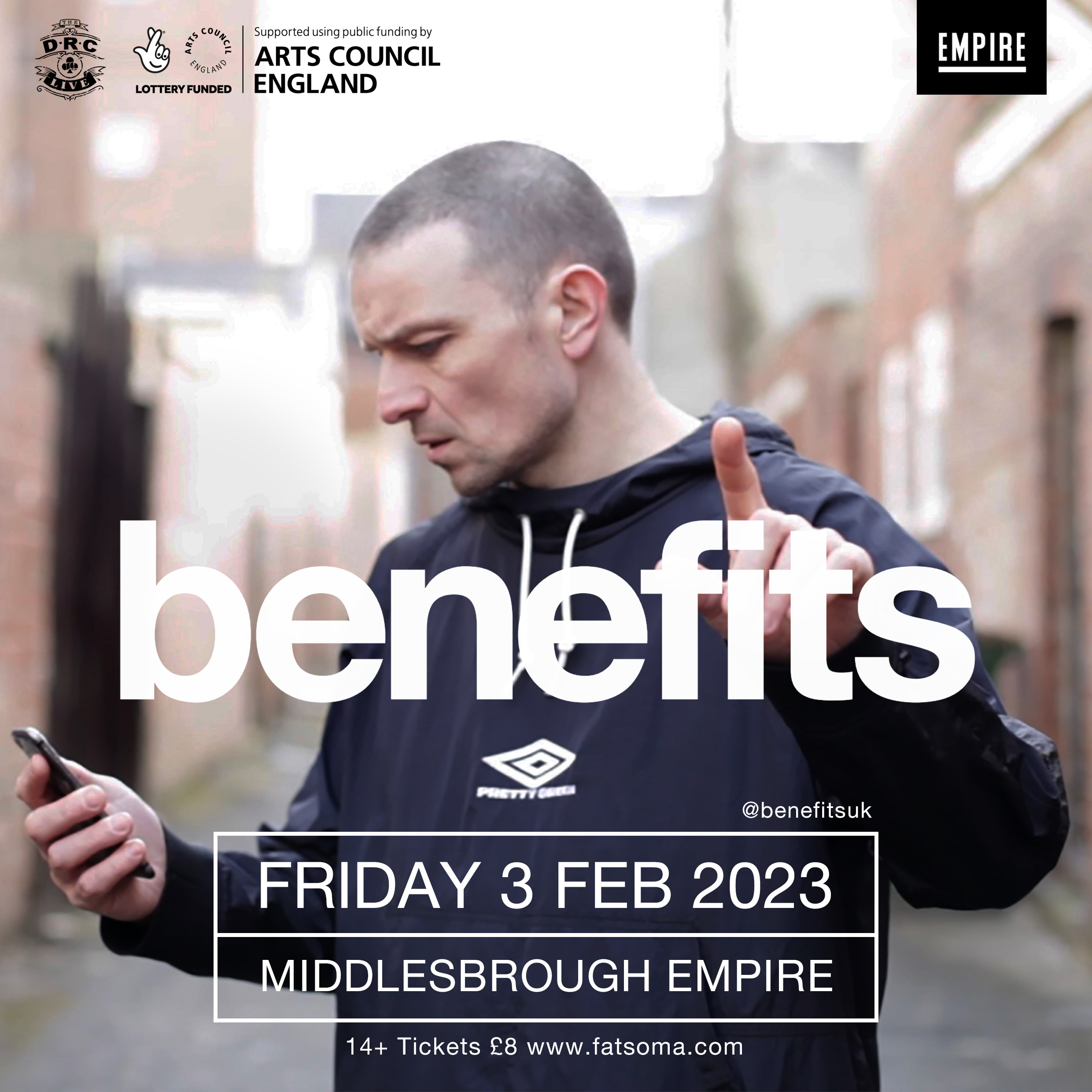 DRC Live presents Benefits Benefits are an issues-based music collective from Teesside in the North East of England. They write songs about the urgencies that concern them, and they play them loud. Forming in 2019, they quickly evolved from a fairly standard IDLES-lite shouty punk rock outfit to a highly politicised group that merges noise, hip hop, industrial rock, electronica, garage and an angry twitter feed to get it’s point across. They have managed to gain fans as diverse as Sleaford Mods, Black Francis, Garbage and Elijah Wood as well as getting significant features in the NME, Rolling Stone, and the Quietus. Now a formidable live outfit with numerous sold out shows and tours under their belt they aim to keep the momentum going into 2023. **All under 16s have to be accompanied by an adult**