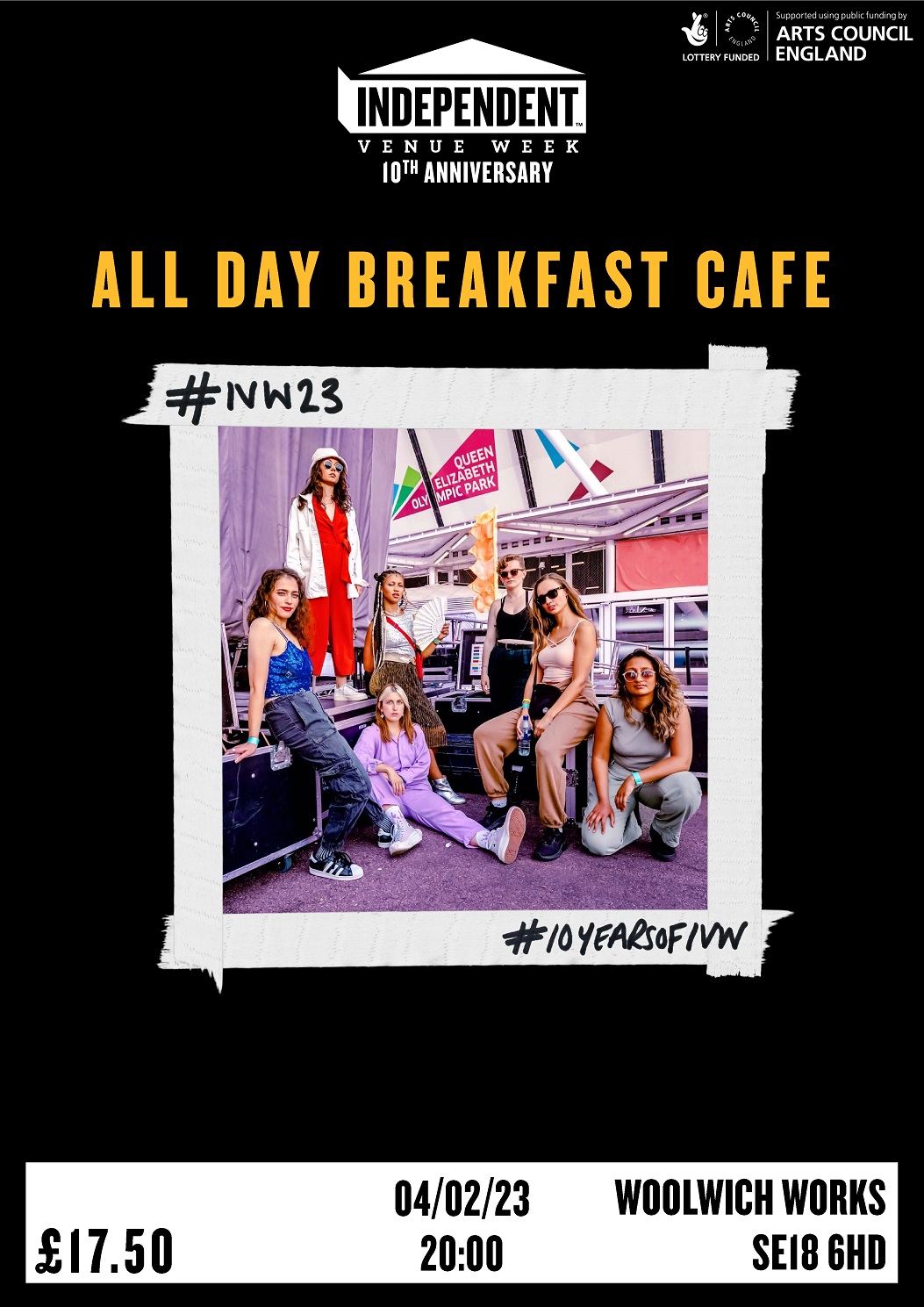 The band on a mission to spread disco-joy and get everyone dancing! All Day Breakfast Cafe are a seven-piece all-female group who have crowned themselves as South London’s favourite disco band. Hailing from the London jazz scene, the band was born just in time for lockdown 2020. Having put their energy into the recording studio instead, they released their debut EP Builder’s Brew (a play on Miles Davis’ psychedelic jazz album Bitches Brew) in 2021. They’ve been interviewed on NPR, BBC Radio 1xtra and Jazz FM and championed by the likes of Jamz Supernova, Steve Lamacq and Robert Elms. They’ve been the face of Spotify’s Jazz UK playlist and exploded onto the live scene with performances at Wilderness, Boomtown and the London Jazz Festival. They love to bring the party to their live shows and get everyone dancing!