Independent Venue Week (IVW), the UK’s annual 7-day celebration of independent music and arts venues and the people that own, run and work in them, is delighted to reveal beabadoobee as our final 10th Anniversary Ambassador.

She will join our other previously announced Ambassador, Radiohead’s Philip Selway, alongside Young Fathers (Ambassadors for Scotland) and Adwaith (Ambassadors for Wales) in supporting the much-loved event which returns for its tenth edition between 30th January and 5th February 2023 and encourages fans across the country to get out and enjoy music in independent venues.

beabadoobee (real name: Beatrice Laus), who released her acclaimed second album, Beatopia, in July this year, will play a special BRITS Week for War Child show during IVW at Lafayette London on February 3rd 2023. Fans can win tickets to the show and raise funds for the much-loved charity by entering a prize draw – full details here.

Having initially cut her teeth at independent venues around the UK, including The Shacklewell Arms, St Pancras Old Church, Norwich Waterfront, Birmingham’s Castle & Falcon and The Joiners Arms in Southampton, beabadoobee is now widely regarded as an international star in the making. In 2022, she toured extensively across the UK, North America, Singapore, Thailand, Australia and Europe. Her non-stop schedule also included well-received appearances at the BBC Radio 6 Music Festival, Glastonbury, Coachella, The Governors Ball, Mad Cool, Rock En Seine and Reading / Leeds.

In 2023, Bea will embark on her debut European headline tour in addition to supporting Taylor Swift for twelve North American dates on the singer’s upcoming The Era’s tour.

Speaking about her role as IVW Ambassador and the importance of independent music venues, beabadoobee said:

“I’m extremely proud to be an Ambassador of Independent Venue Week. These venues are so important at giving young emerging artists a starting point in their career. I will never forget my first gig at The Boileroom in Guildford where I jumped on stage with my friends for 3 songs or my first proper beabadoobee headline show at the Old Pancras Church in Kings Cross. My first and earliest gigs will always be some of my most precious memories. We need to do our best to keep these venues up and running and I want to help shine a light on how important independent venues really are to artists’ careers.”

With only 6 weeks until lift off – and amidst enormously challenging economic circumstances – IVW are also very proud to report that more than 300 venues have now signed up to participate in next year’s event. These range from large-capacity rooms such as The Troxy and Glasgow Barrowlands to unique and tiny spaces, including The Grayston Unity in Halifax (35-capacity) and Neath’s Dros Ben Tân which operates as a cafe during daytime hours.

Meanwhile, our Ambassador Philip Selway will play five shows across the week in Norwich, Cambridge, Hebden Bridge, Stockton-on-Tees and Guildford.

Many more events will be added in the weeks leading up to January 30th, including some very special headline shows. In total, more than 1,000 shows are expected to take place across the week itself.

With the average ticket price coming in at under £10, IVW founder Sybil Bell has issued a rallying cry for fans to get onboard – and to make the gift of live music the perfect affordable Christmas present.

“We’re so excited to add beabadoobee to our team of fantastic artist Ambassadors, and we’re all looking forward to what’s going to be the biggest and best Independent Venue Week yet. I also hope music lovers will come out in force. We all know times are incredibly tough right now, but live music at IVW venues remains incredibly good value. So if you want to support your local community, if you want to hear something out of the ordinary, or the possibility of seeing tomorrow’s headliners today, then why not give the gift of live music this December 25th? It’ll probably cost you less than a tenner, and it might just be the best night of your life. Tickets for IVW shows are the perfect affordable Christmas present.”

By celebrating the vitality of the UK’s grassroots live music scene, IVW shines a spotlight on everyone involved in putting on a show – from artists, venue owners, promoters agents, crew, ticket companies and managers, as well as the all-important audiences. 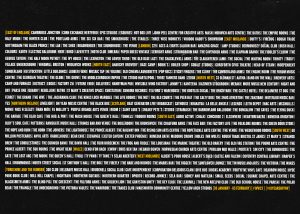 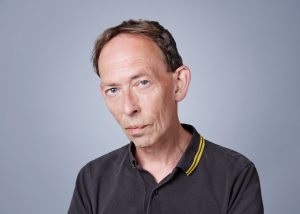 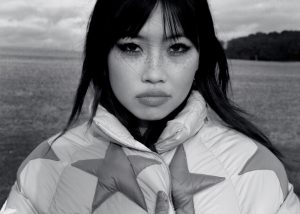