Find a show near you

(New York, NY – July 6, 2022): Returning for its fifth consecutive year in the United States, Independent Venue Week has announced the full program for its July 11 – 17, 2022 celebration, with over 400 independent venues across all 50 states and Washington, D.C. partaking in the festivities.

First brought to the United States from the United Kingdom in 2018, Independent Venue Week shines a spotlight on the locally-owned live performance spaces that serve as the cultural and economic backbone of major cities and small towns across America. Independent Venue Week has grown into the cornerstone national event of the country’s live sector, even helping at the start of the pandemic to spawn the formation of the National Independent Venue Association (NIVA).

“A lot has happened in these first five years,” says Cecilie Nielsen, Senior Director of Special Projects at Marauder, the firm that runs Independent Venue Week in the U.S. “We launched in the States with only 20 venues. Independent Venue Week is now the largest national event celebrating independent live music, comedy, and performing arts around the world. No longer is the locally owned or operated room or festival solely on their own; this event serves to unite the individuals within our many communities, reminding those on and in front of the stage what makes these places so special, and of course worthy of a week-long celebration.”

“Even as we celebrate, independent venues continue to deal with the negative and costly effects of these last few years,” says Boris Patronoff, Chief Executive Officer of See Tickets North America.“Showing up is the best way to help ensure that these important community centers are here tomorrow.”

In addition to Big Freedia’s performance on July 12, Independent Venue Week participants will host over 1,100 shows, including Spoon at The Englert Theatre in Iowa City, The Mountain Goats at Wichita’s Wave, Femi Kuti & the Positive Force at D.C.’s 9:30 Club, GZA at New York City’s Le Poisson Rouge, and Japanese Breakfast with The Linda Lindas at Minnesota’s First Avenue. Info on these plus the hundreds of other Independent Venue Week shows can be found on the show calendar here, powered by Independent Venue Week 2022 partner, Hearby.

Independent Venue Week is able to happen every year due to support from our many partners, including returning partners See Tickets, National Independent Venue Association (NIVA), and The Orchard.

An ardent and vocal champion of independent live events, See Tickets reprises its role as a partner of the 2022 edition of Independent Venue Week in the US. In addition to its contributions and support of the event in the states, the global ticketing company also supported this year’s UK event, and is an underwriter of the ‘Independent Venue Speak’ podcast series. 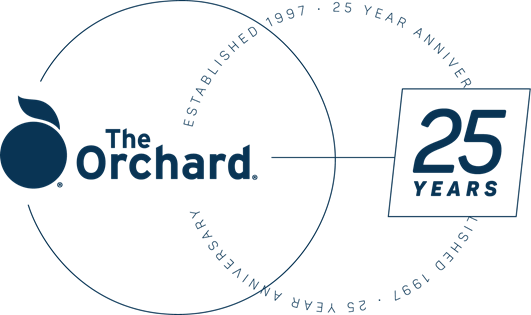 Celebrating 25 years as a full-service music distribution company empowering creators and entrepreneurs to grow and adapt in the global industry, The Orchard is supporting Independent Venue Week again this year and highlighting their artists performing in venues during the event. A playlist of Orchard artists that have performed in prior years, as well as this year, can be found on Radial.

Using tech that combines the best of AI and anthropology, Hearby has mapped the complete list of shows happening in participating venues during Independent Venue Week so locals and visitors alike can easily use to find a show near them, and continue to follow these venues and artists year-round.

About Independent Venue Week US