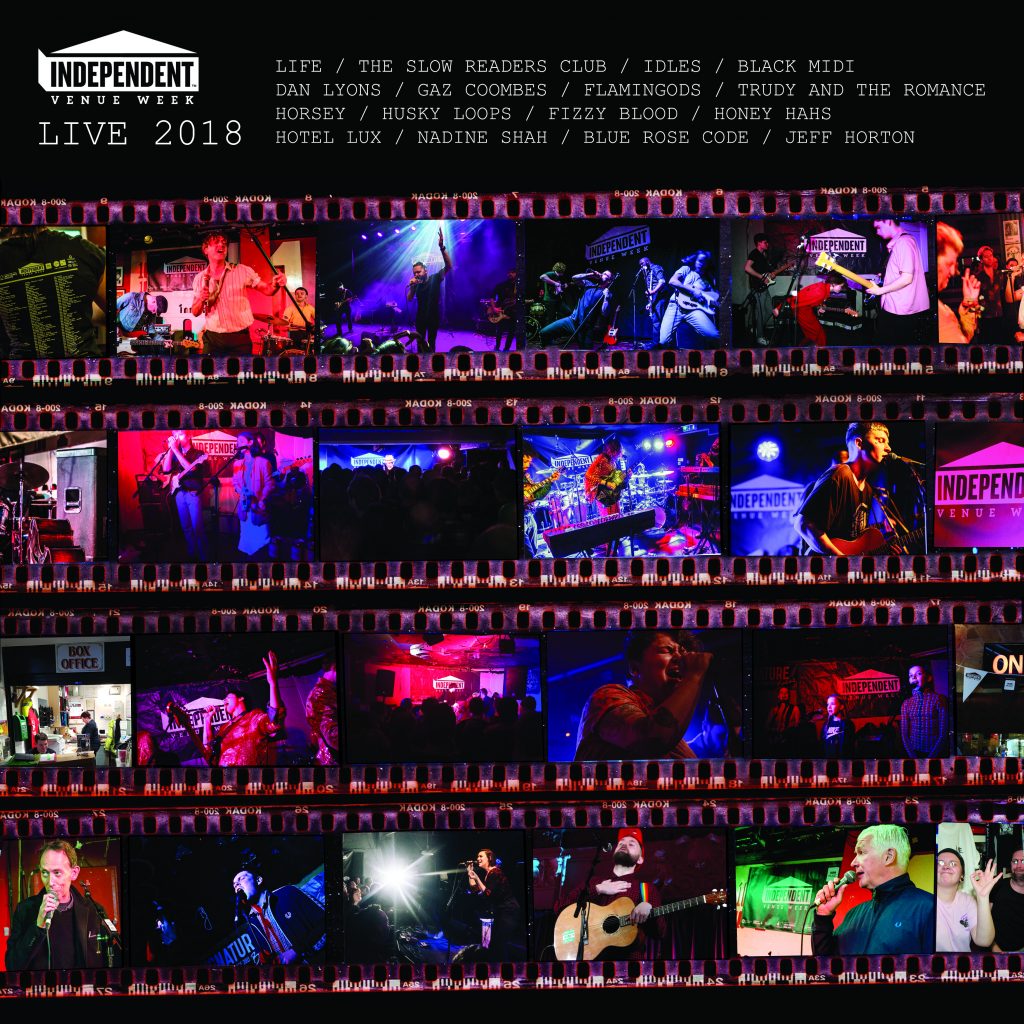 We’re ridiculously excited to announce the release of our first ever Independent Venue Week live album as part of Record Store Day, with recordings taken from shows across the week.

Limited to 500 hand-numbered heavy-weight vinyl and only available in the UK, the release includes tracks from some of the most exciting artists who played this year. The double gate-fold record features 15 artists across seven different venues and is part of our 5th birthday celebrations. 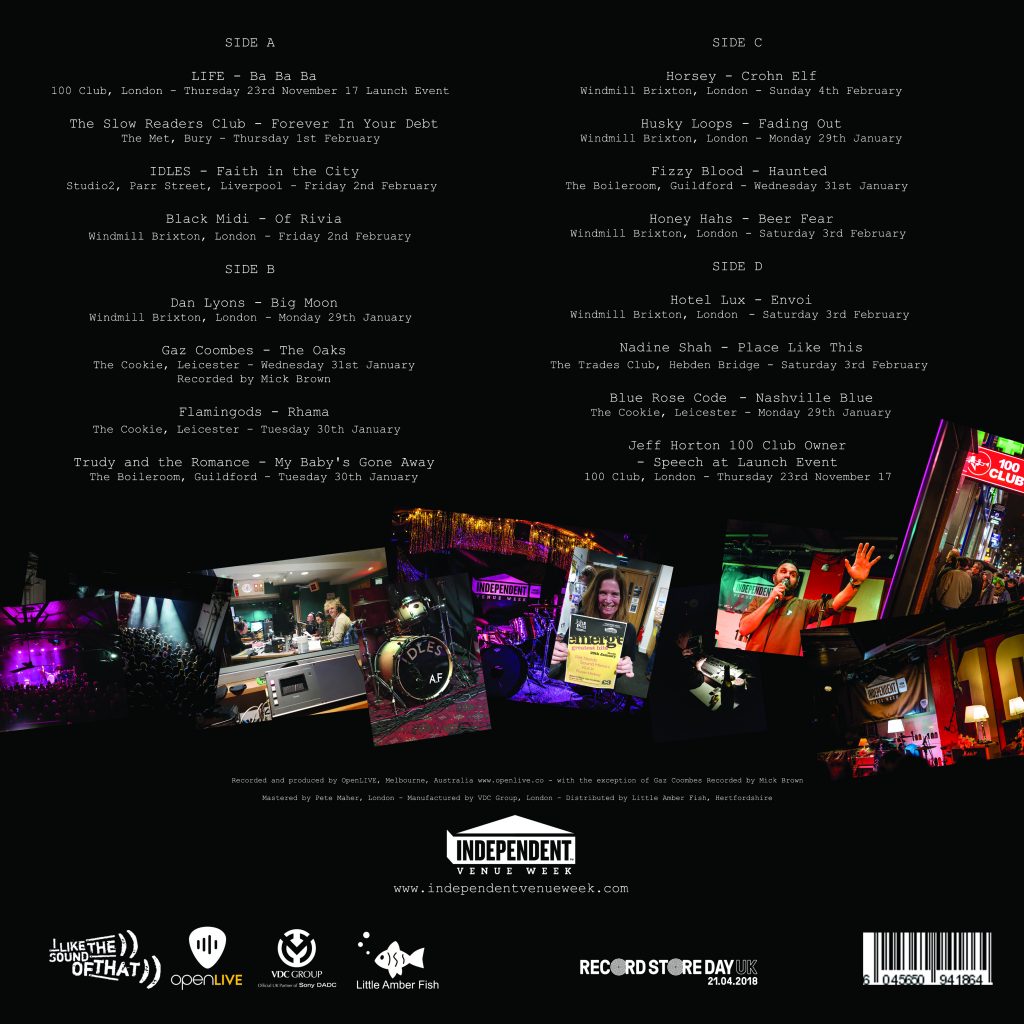 Gaz Coombes, whose unreleased track The Oaks is on the album, said “I was really happy to be part of Independent Venue Week and this track, from my new album, was played live for the very first time at the Leicester Cookie show”

Nadine Shah also shared her thoughts “I struggle when trying to explain to people the vibe and atmosphere at IVW shows – it’s something else. Luckily for me, the team recorded many live performances from a whole bunch of artists, including myself, who played this year. Listen to that loudly and it should prove plenty more useful than me telling you about it – enjoy!”

In addition to the live band performances, an interview with 100 Club owner, Jeff Horton, is the final track on record which was his speech as part of the inaugural IVW launch event last November at the venue. 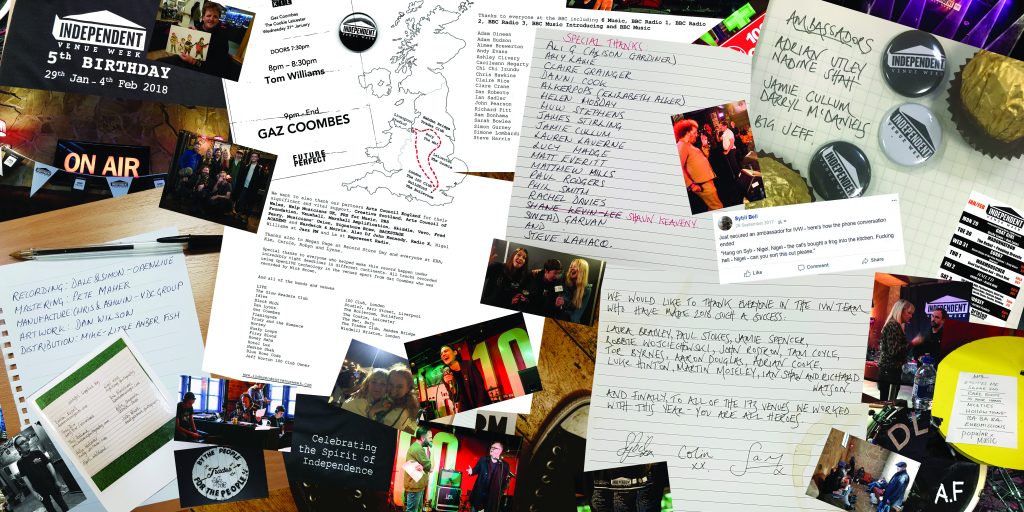 “It was a pretty ambitious project to undertake with everything else we had going on during Independent Venue Week, not least because we had 7 days of shows at 173 venues all across the UK. The deadlines for Record Store Day are also really tight for us in terms of when IVW finishes. As well as that, we had to secure space at a pressing plant which is always tricky in the run up to RSD” said Sybil Bell, IVW Founder.

Colin Ward, IVW UK Director went on, “Everybody involved has been so generous with their time and support, going above and beyond to make this record possible. Collectively we’ve pulled everything together incredibly quickly.”

Recordings were done live, in the venues, with kit from OpenLIVE from Australia (with the exception of Gaz Coombes who was recorded by Mick Brown).

The tracks were mastered by Pete Maher with VDC Group manufacturing the record and Little Amber Fish looking after distribution. Artwork done by Dan Wilson.

The record is released on I Like The Sound Of That, the company behind Independent Venue Week and now an independent label.