When Sam Barnett, a young jazz saxophonist, was invited to play a show in Bristol for Independent Venue Week, even he couldn’t have imagined what would happen. Here, he tells the story of how he ended up in Portishead’s Adrian Utley’s home studio and his plans for the future – with a few words from Adrian.

Hi Sam, How are you this afternoon?

I’m feeling great thanks, slightly slow morning due to energy levels after the gig last night with Uphill Game at The Crofters Rights but I’ve just come from Adrian’s studio so I’m fully awake now! 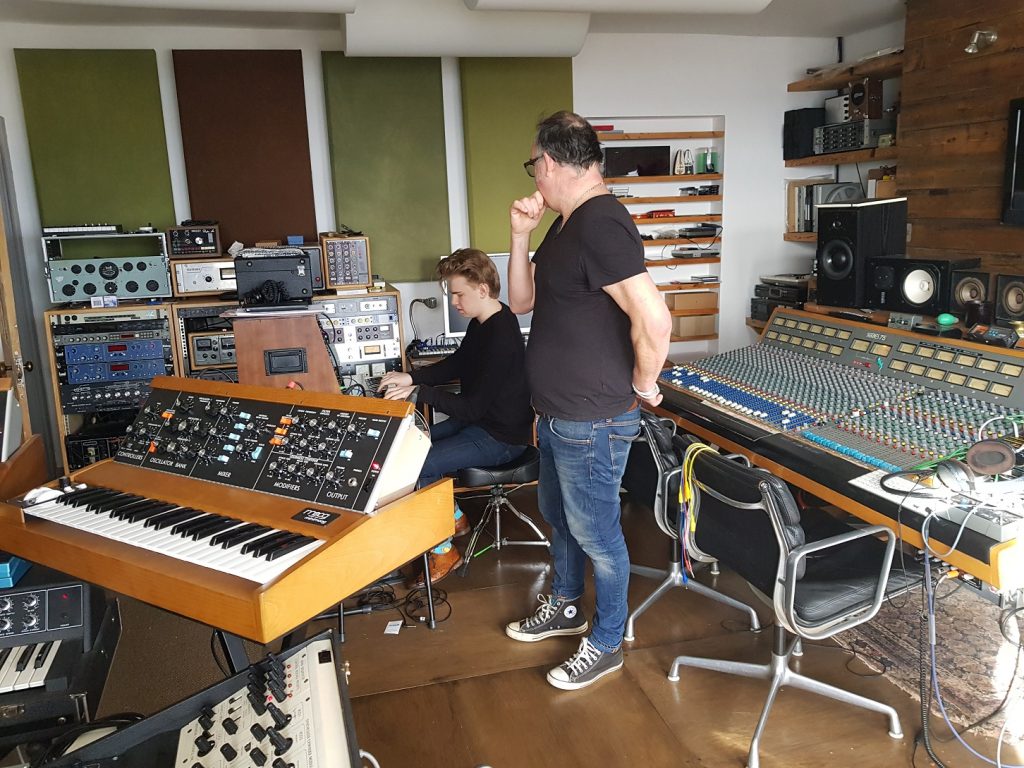 So, you’ve just had a pretty good 24 hours – how did you come to be in Adrian Utley’s studio in Bristol?

Well we first started talking about electronic audio, synthesisers and jazz over a curry before the gig. It was good food but I only ate 3/4 of it due to talking! At that point Adrian invited me up to his studio/synth cave for a hands-on tour of the equipment. Of course we had to play the actual gig first!

You had a good tinker around on all of his kit – how much fun was that?

Actually, one of the subjects we were talking about was a couple of new synths he’d bought recently, which was interesting for me because I actually own a software version of one of them.

So the moment I started playing this huge antique Korg, it just felt right. The sounds that were possible from only a few parameter changes were stuff I had heard my favourite producers use time and time again, which just isn’t possible to replicate in any other way!

So yes, playing with a serious collection of analogue gear was a real treat and, as I said before, an experience you just can’t recreate without owning one. I was also talking to him about this new Arturia Matrixbrute synth that was released last year (Adrian owns multiple products of theirs), and now I would really love one myself!

How was the gig – I know you didn’t have any time to rehearse?

The whole night was such a fun experience, not just from the actual performance aspect but also from just meeting all of these experienced UK musicians. Everyone was very friendly and open, so we talked about the music quite a bit, as musicians do, before and after the gig itself!

Yes, we didn’t get any rehearsal time in or much of a soundcheck really but it didn’t matter in the end at all. The material itself was well chosen for the night (and for 8 musicians who had just arrived from various places around Bristol). I myself had taken the train down from London the previous day and before that flown in from Switzerland. 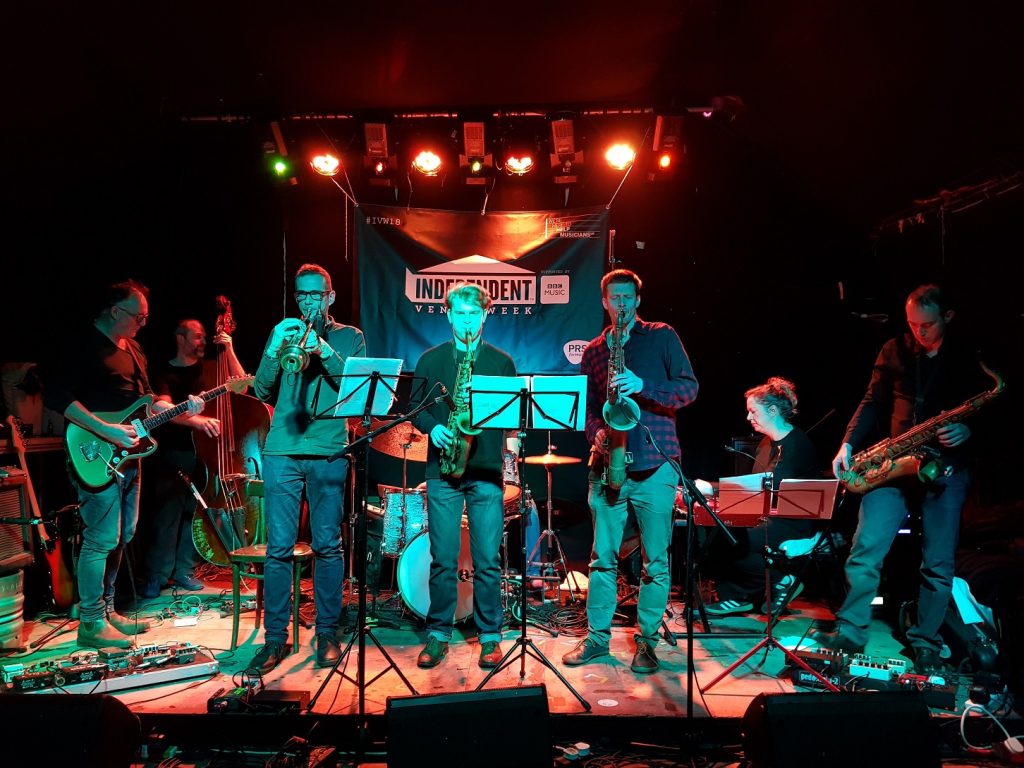 It was an amazing show – how did it feel to play with Uphill Game and Adrian?

As a guest in this band it was really a chance for me to get to know and experience the kind of musical process that these professional musicians were using to arrive at a (musical) conclusion. To this extent I believe that every player I’ve met has a had unique way of tackling material and so it was a great opportunity to take part in this particular process.

I myself haven’t played with an acoustic band that has had so much electronic filtering before (i.e. pedals etc.), so now I can really understand why that appeals to many modern players – it enhances and allows a more malleable and individual sound.

You know it’s a professional line-up when players that haven’t played together in that configuration, such as Adrian, instantly fits in and adds considerable energy to an already strong rhythm section. I think that’s another observation to take away… 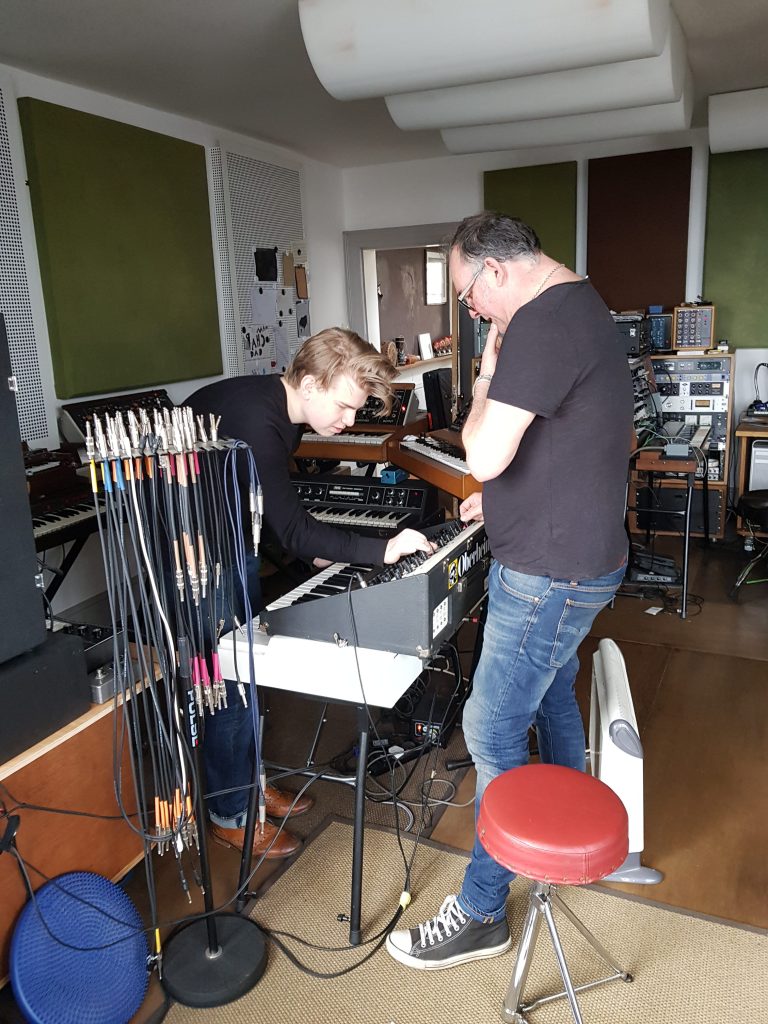 Adrian – How was it playing the gig last night, unrehearsed and with a new band member?

It was great, we all know the ‘rules’ of playing this music…..and it seemed everyone was of a like mind and really enjoyed the experience.

Sam, you’ve been playing since you were very young – what made you pick up a sax in the first place?

Well I always tell people that the fascination with the Sax started when I was three years old. I picked it out of band that was playing on the radio or CD in the living room and from then on it was just about getting my hands on one from then on!

My hands were finally large enough to grip the instrument correctly when I was six (I avoided the earlier clarinet start because I was particular about my sound even then), and so on my seventh birthday, I opened my first saxophone with much excitement! Actually the first time I played I remember having the Mouthpiece upside down!

Adrian – Is it exciting to see young talent coming through that has such a great knowledge of jazz?

It’s always exciting to see young people continuing and hopefully moving jazz on with new original ideas. The history is vast and the genre possibly a little intimidating so really cool meet someone like Sam who has assimilated so much at such a young age and who obviously has such enthusiasm and talent.

Sam – you said that you’d like to explore film composition, have you explored this at all yet?

I haven’t explored that route yet actually but it’s in the realm of possibility for a composing musician.

Are there any plans to play more shows in the UK this year?

Yes, I’m already getting asked to do gigs this year. I’m performing with my Quintet on June 9th at the Caterham Jazz Festival, and I’ve got some Swiss gigs in March as well, but for most UK goers that would be a bit of a stretch! 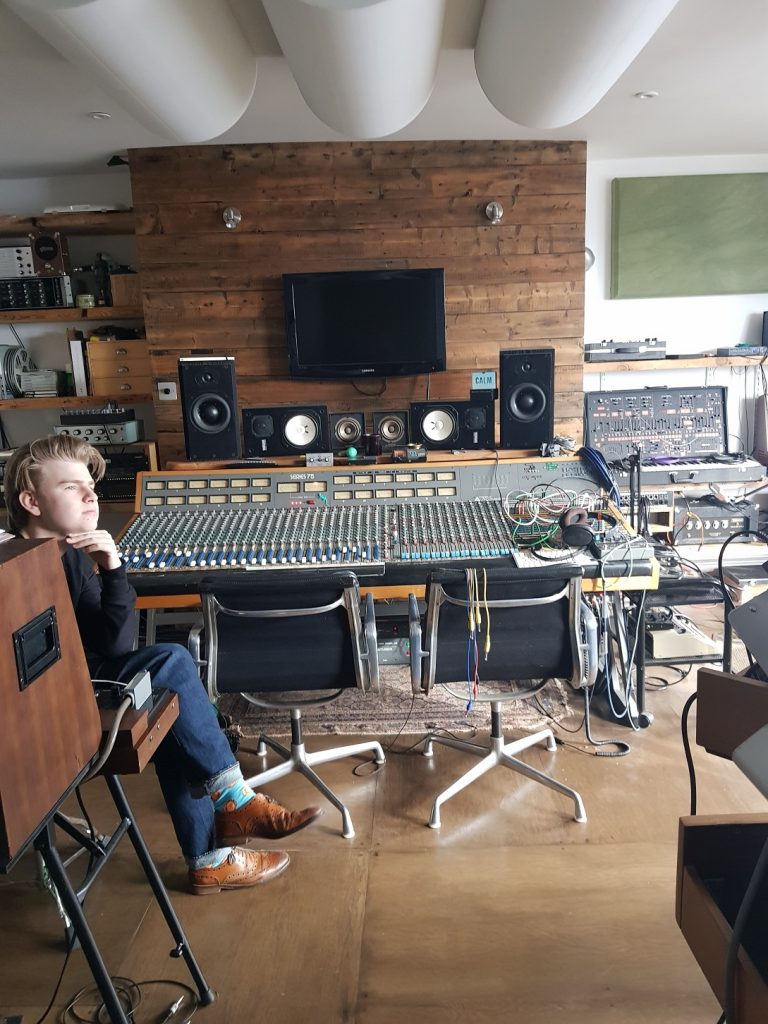 If you could play with 5 artists (dead or alive) who would you chose?

I’d have to say it would a pleasure to work with some of the US guys at the moment such as Eric Harland, Marcus Gilmore, Aaron Parks, Mark Turner or Larry Grenadier. Dreaming big there but it’s worth a shot! I’m also interested in playing with some more UK players, such as Stephen Keogh or if he was still alive today, the great John Taylor. 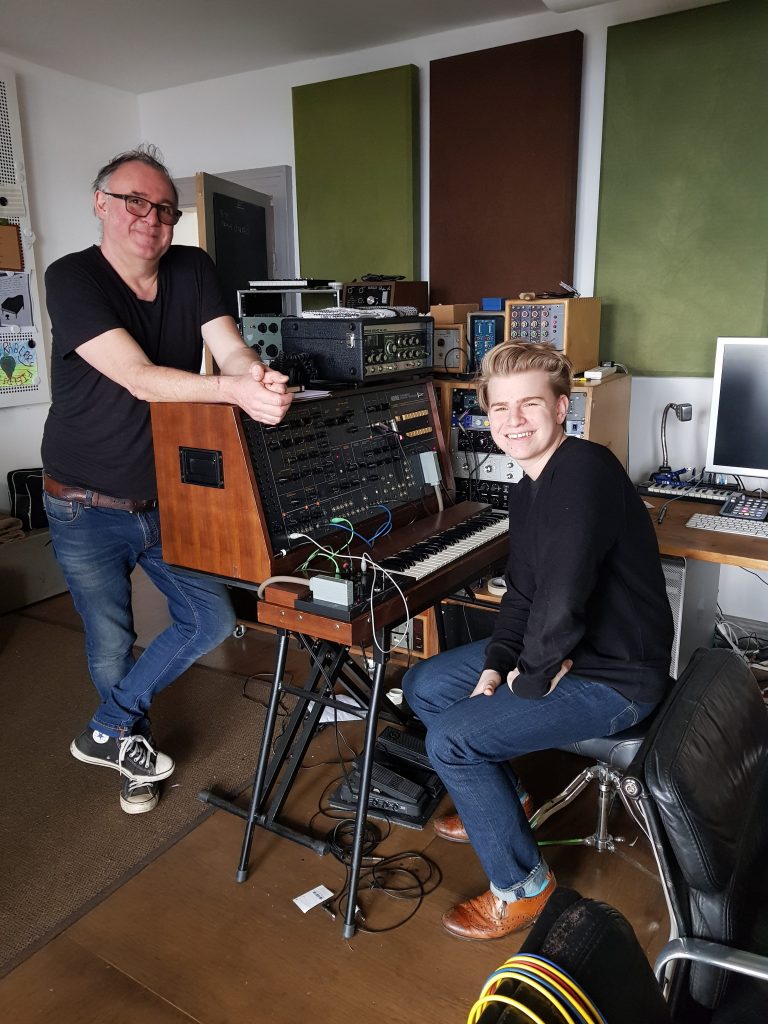